2021 has begun with a very promising dose of sadness, hatred, violence, unrest, uncertainty, betrayal and disappointment. We're in week one and I think everyone is already placing their hope in 2022. But, in my temptation to ponder the horror of it all, I've found myself, instead, being almost constantly reminded of the LIFE around me, the sweet moments I treasure, the countless things I never want to forget. 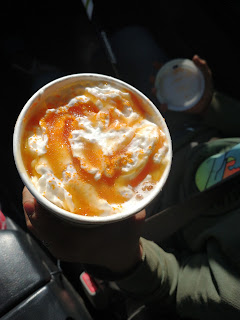 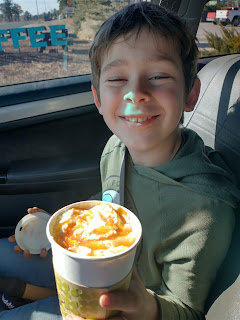 "Oh Mom! Look at all this SUGAR!!!" Kelton was joy-struck as one of our favorite baristas at Matador handed him a caramel streamer topped with whipped cream and caramel sauce. It was a splurge, to be sure, and his delight was abundant.
I found $25 floating down the stream on one of my walks and when I handed the still-slightly-damp bills to the barista, I told her I was confident they were sanitized as I  had pulled them from the stream. She noted that my adventures really do pay off. In so many more ways than one.
It's good I had previously acquired the cash because when Shelly took Kelton on a date a few weeks ago, he informed her that he hoped she had her wallet because he was "short on cash". Obviously they are all underpaid... 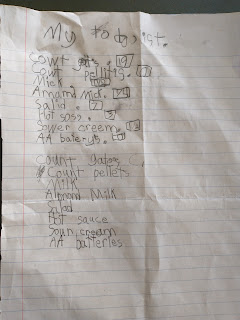 I'm pretty sure I have an auditory learner in this handsome fellow. Though he is probably never going to be a ranking contestant in a spelling bee, he is an excellent phonetic writer and I love the way he prolifically writes letters, ideas, lists, poetry or anything that inspires him. He is undaunted by spelling challenges and is always eager to learn the correct spelling of things. He has an excellent mastery of the English language, in it's unwritten form. :-) 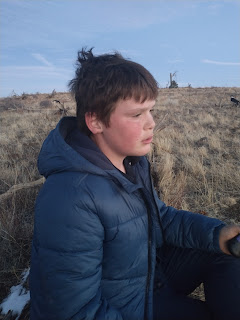 As mentioned in my previous entry, Declan decided he wanted donations for homeless people, instead of gifts, for Christmas. He wanted to put together backpacks for the homeless people who might need them. He has so far gathered almost all the items through donations (tangible items and $$$) he received at Christmas, and will have 16 backpacks filled soon. He has filled each one with wool socks, warm gloves, warm hats, to-go cups, hand warmers, blankets, granola bars, cereal bars, hot cocoa packets, crackers, candy canes, and chocolate.
Due to Declan's inspiration, Kelton and Madigan both requested donations to two separate charities, instead of gifts, as well. They each earned $750 to be donated! Kelton's was sent to Chili Pepper Miracle Mustang Rescue. Madigan's was sent to: Children of the Night. 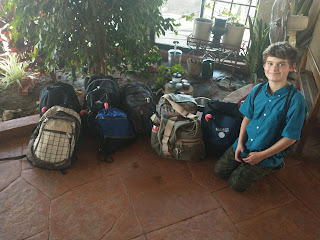 I walked into the kitchen and found this guy making a domino crash track out of the Jenga blocks the boys got for Christmas. He manipulated them into several different tracks, all with the same dramatic effect: an impressive crash! :-) It was painstakingly detailed and he made some really neat models and not one was unsuccessful in taking each piece down with a thud.  :-) He is using so many more words now - or trying to use them. His sincere efforts to communicate with us are so encouraging and I think each of us find ourselves holding our breath on a hope... 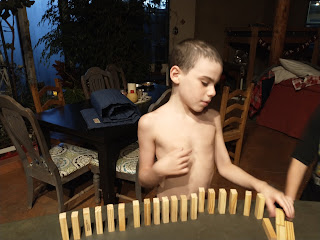 I actually took this charming picture of this charming creature while leaning against a rock as Madigan pulled cactus spines out of my backside, from my shoulders down to my knees. I had valiantly attempted to duck underneath a felled tree, only to have the branch I was using for support (12 inches wide!) crack and land me squarely on top of a (very rare, I might add) cactus. I also smacked my shoulder on a rock, though the bruise is disappointingly undramatic. :-) I was grateful that the lookout tower which was in direct line of sight to our cactus-removal station is unmanned this time of year. 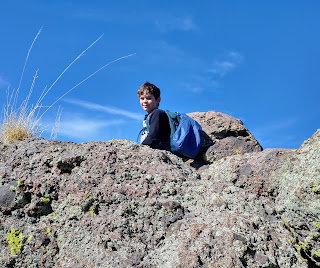 This was my view from that compromised position, as well. :-) So, one could question the magnitude of my suffering. 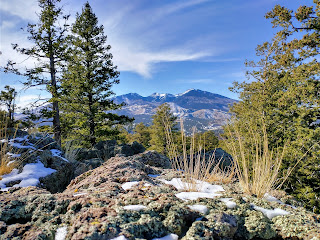 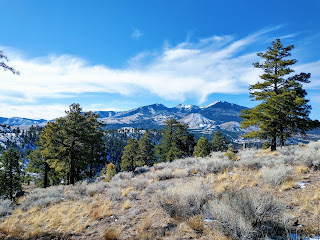 My heroes that day... not hard to adore. 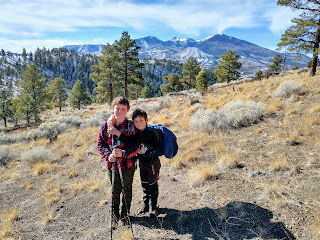 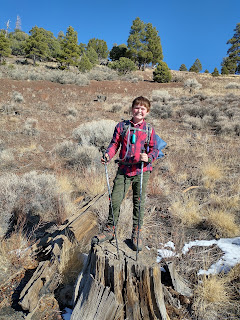 On a couple of my solo clear-my-head hikes in the past few days, I've found some remarkable native American pieces, probably dated somewhere around 1100. The first one here looks like the spout of a pitcher. 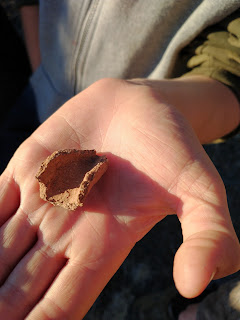 This round pattern, probably from the bottom of a bowl is intricate and beautiful. 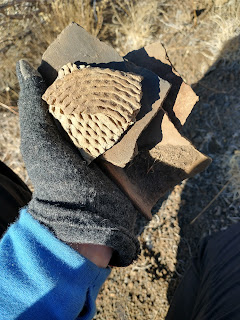 And this large piece is almost as big as my face! It had several pottery pieces around it which were probably part of the same pot. 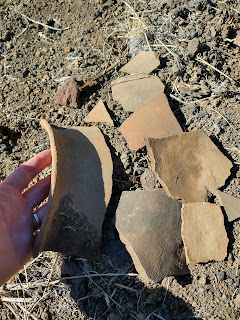 My hand was broken during a project in November, and then re-broken in December, but I am happy to report that it seems to be healing, in spite of my inner frustrations about the brace which I have to wear for another 3 weeks. If someone could design a brace which didn't start to stink after a great deal of exposure to dirt, sweat, hose water, more dirt, horse poop, cow poop, human poop, rock poop - well, something like that, dish water, horse trough water, dog fur, and probably countless bacteria specimen... I think a lot of people would be so grateful. But, I will choose to be thankful for the petri dish I'm wearing on my finger... because it is helping the hand to heal. 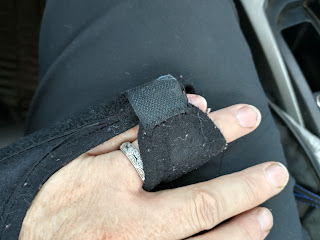 This kid is absurdly endearing... I really can't get enough. 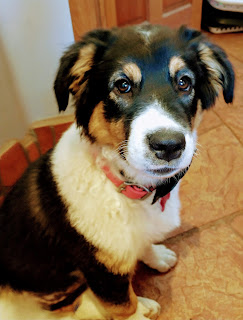 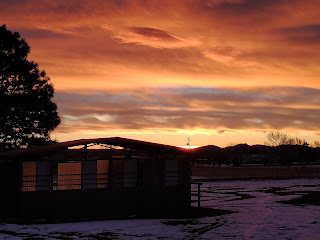 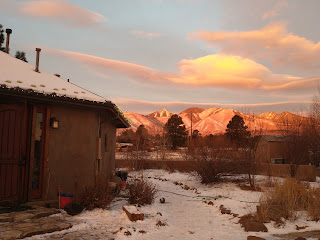 Kelton wandered pretty far ahead of us on a hike around Christmas time and then, in his attempt to return to us, he jutted up a secondary canyon and very quickly (and alarmingly) found himself lost. I heard his voice ahead of me in one moment and then substantially behind me in the next moment. Because he was panicked, he kept moving, which was very much to his detriment. I am happy to report that he was found fairly quickly after I galloped through the woods in his pursuit, yelling for him to stop and wait. He finally heard me and did wait in place. The event was important in that it appropriately scared the little man and instilled in him a healthy respect for how quickly and easily one can find himself in a compromising situation, especially when adventuring in the great outdoors. Also, each boy now carries a pack filled with survival gear (emergency tents/sleeping bags/blankets, flint knives, waterproof matches, Survival tabs (food), various snack food, back-up water, whistles, flashlights, glow sticks, gloves, Mace, bear spray, extra socks, etc, etc.). They are required to take their survival packs on every hike, because being adapted to carrying the weight is only in their favor. We are planning a survival training soon, to make sure they understand how to use all their gear, especially in a panicked state of mind. I can't prepare them for the hit of adrenaline, but I can instill in them an understanding and confidence in their gear which will hopefully help overwhelm the negative adrenaline effects, should it ever be needed. 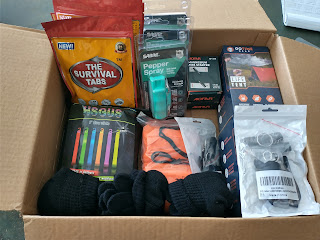 I've been drawing on pieces of wood and, well, it's just fun. 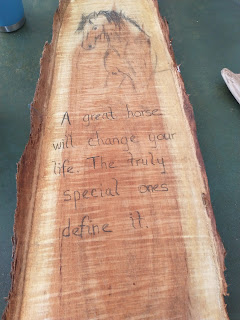 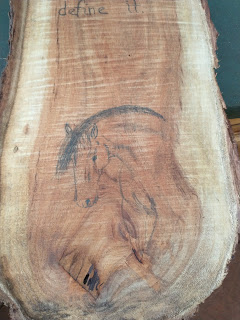 Our indoor garden is still giving us a lot to be thankful for... 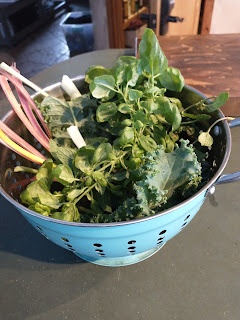 And then, there's this iconic beauty that fills my heart. And the beautiful mountain, too. :-) 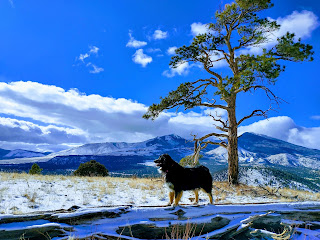 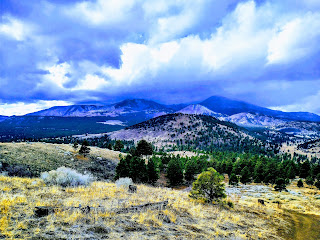 Ah Eryn, another melt my heart to hear of your life. Love you and love seeing into your soul through your words.

Blessed experiences of life - both fleeting and eternal! Thank you for allowing glimpses into your soul and the incredible reality of your existence populated by such amazing creatures! 🥰🙏