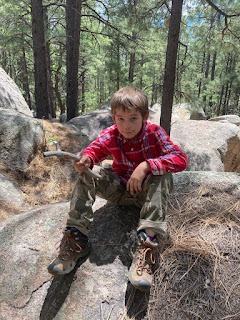 I'm not gonna lie... he steals my heart over again every. Single. Day. #smitten

The future is yours... 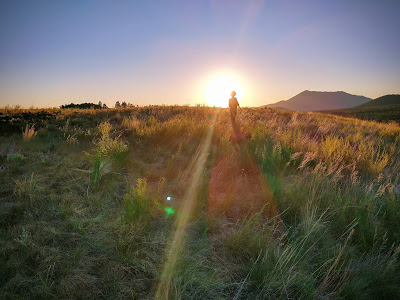 Posted by McBean at 9:52 PM No comments:

the skies bid us bonne nuit 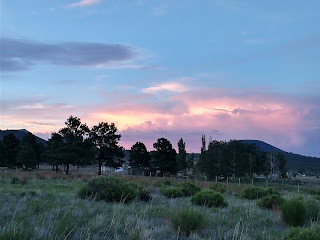 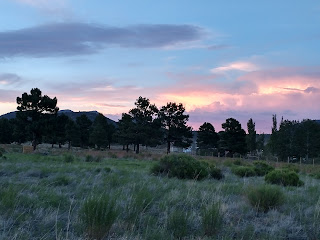 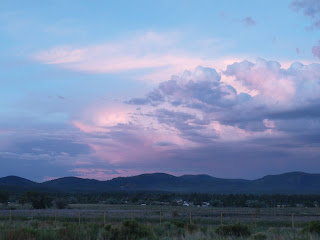 Tonight, the skies bid us bonne nuit with extravagant grandeur. It was the thrilling culmination of a beautiful, but challenging day. It was the bookmark to yet another chapter of the story we live, waiting to be re-opened tomorrow morning, if Lochlan's vomiting from tonight does not keep us alert into the wee hours. Perhaps the bookmark just hovers... lest rest does not find us this night. Perhaps the story of today will simply roll into tomorrow, for the bookmark to land on a different evening. This boy is ready for a new chapter - we are all ready for a new chapter and the bright, fresh beginning that tomorrow has the potential to hold. 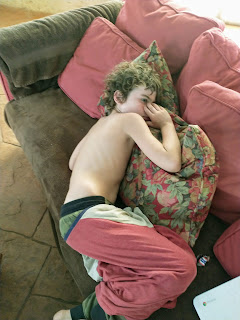 Madigan, Declan, Gumpai, Ankie Tae and I will be headed to our 6 day backpacking trip tomorrow morning. My mind is craving the mental processing space and I think it's my soul that lusts for the call of the mountains, to find rejuvenation. They draw me near to the One who is their maker and I find the perspective of life is re-balanced in their midst (and perhaps their mist).

We have been training for the past couple weeks, and these two men I call my sons astound me. They have complained, but not excessively, in spite of the early mornings, steep climbs, and sweat, and they have put their hearts into being ready and able. I'm ridiculously proud of them. So, forward, into the chapter of tomorrow... 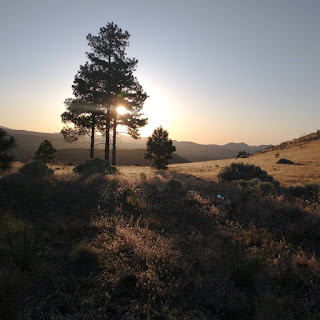 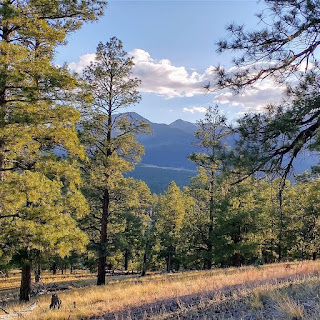 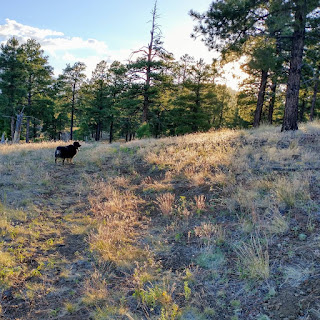 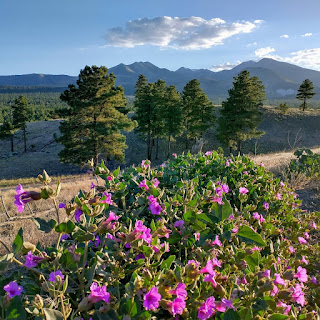 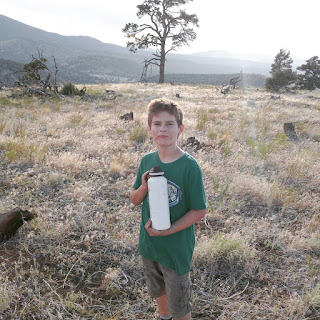 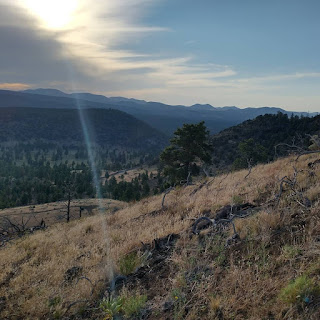 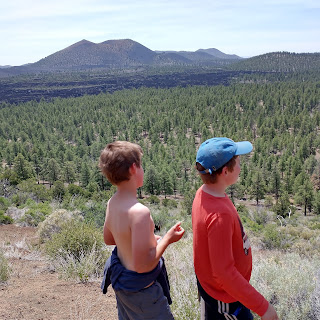 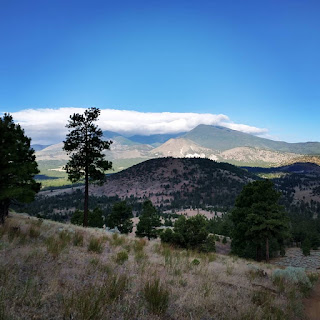 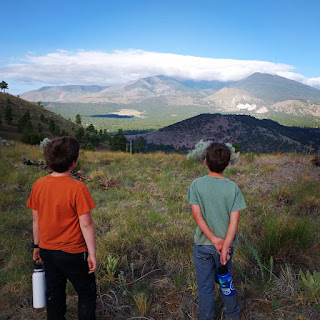 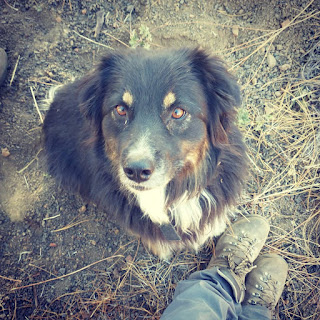 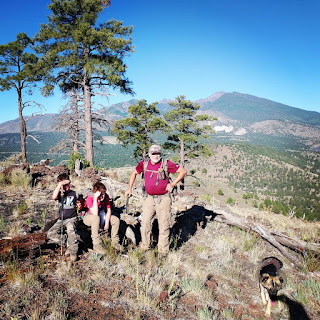 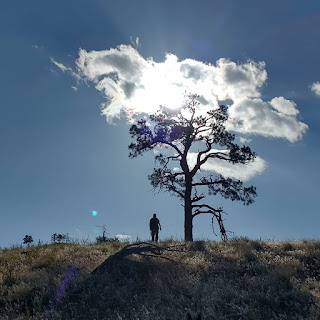 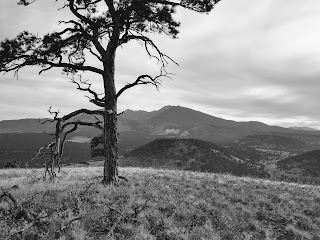 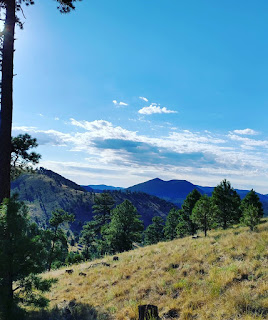 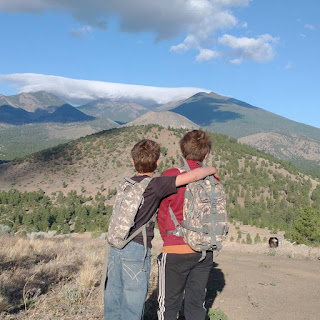 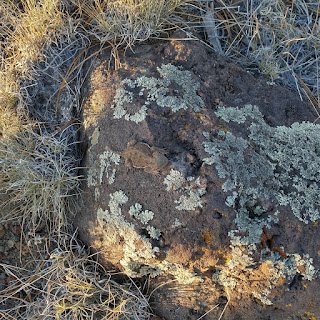 That's me, on that rock in the first picture. Please let me blend in and be unnoticeable, but... apparently that wasn't in the plan. Nothing about my every day is ordinary. It's loud. So. Very. Loud. It's often hours of screaming. It's running after three boys who are running after a fourth. It's poop. Vomit. Why so much? I mean surely the quota has been reached on both accounts. A thousand times over. It's dirt - everywhere. It's fixation management and adaptation - constantly. It's excruciating humiliation and abundant joy, sometimes simultaneously. 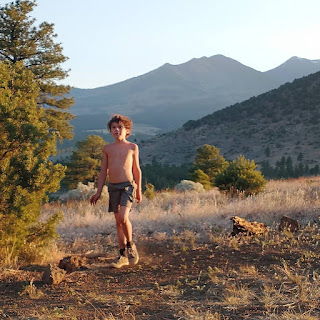 We had another visit from DCS (the first one was 2 years ago when Lochlan wandered down the road, in the time I was taking a shower). This time Lochlan wandered to the house of a neighbor who isn't normally here (lives in Phoenix), so doesn't know Lochlan or his reputation. We found him quickly, but unfortunately the neighbor had called the Sheriff before realizing where Lochlan belonged. I knew immediately that DCS would be alerted and that we would be questioned for neglect.
As a parent of a child with autism, these kinds of encounters are utterly humiliating and mostly unbearable. My life is almost consumed with making sure Lochlan is present (hasn't left the premises of our property), is not in excruciating pain from his persistent intestinal issues, is not breaking something in his latest experiment with gravity and it's function, as well as managing his most recent fixation(s) (at present, those include throwing large rocks onto the roof of our house, wearing his shirt as a skirt, walking barefoot through the horse/cow pee and poo, throwing rocks and dirt into the horse watering trough, etc.) and trying to take the constant necessary steps/actions/counter measures to ensure that he is progressing toward healthy development and well being (mental and physical).
For 5 days Lochlan had been vomiting and had diarrhea multiple times throughout the day(s) and he was pale and angry about it all (we took him to a new doctor and think we may be on the track to helping improve his gut function/health and the past couple of weeks have been filled with new promise and hope in that arena!). So, when I received the phone call from DCS that they would be coming for an in-home visit to assess whether a charge for neglect was substantiated, it was humiliation and outrage that were forefront in my heart. Being forced to defend my "right" to parent Lochlan and all that entails... 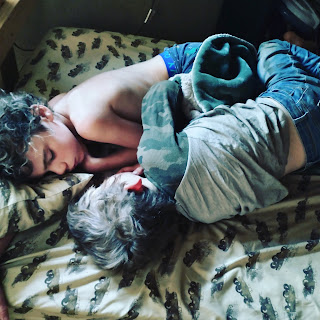 The investigator did give us a favorable report in the end of the interview and told us that the case would be considered unsubstantiated. She indicated that the copious volume of letters that I've written on behalf of Lochlan to try to procure services was additionally convincing evidence that we have tried in earnest to provide him what is needed to help him succeed and prosper. We managed to dodge the bullet on this run.
So, now we resume the the 4-minute LJ check, where we make sure he is present and accounted for and within the confines of this property boundary. 4 minutes is enough time to shower, go to the bathroom, start a load of laundry, start a meal, walk a basket of clean sheets to the A-frame, feed the horses, water some plants, dust the piano, clean up the bathroom or even make a bed. For all other tasks, we rotate checking on him, like a finely oiled machine, a team that bands together to accomplish a goal.
So, as I stare at that toad for a long time, I then, look up at the splendor of the skies that awaits and the promise that every day closes and beckons the arrival of the next morning's opening. So, perhaps blending in is totally overrated. I'll take the crazy, dirty, gross, uncomfortable, humiliating, heartbreaking and all the splendiferous joy that accompanies it. 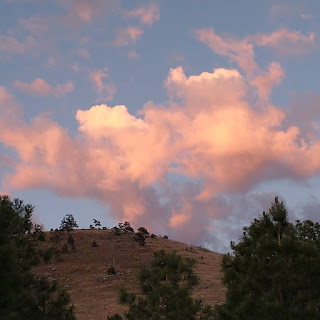 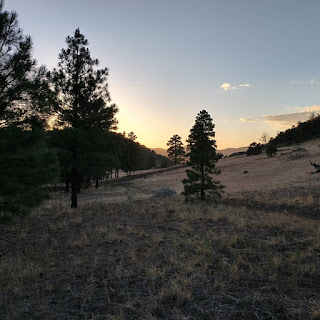 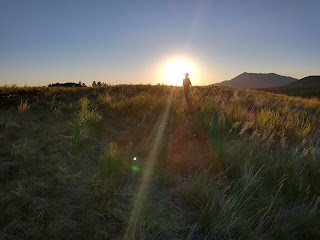 Posted by McBean at 7:34 AM No comments: