This morning I took Fancy in for her 7 week check up and got to see her baby's heartbeat! Yippee! It is amazing to think that all that can be seen at just 7 weeks gestation! It was about 1 inch in size. So precious.

I can't wait to meet my baby horse! I have posted some pictures of the foal's father (King Arthur) below. 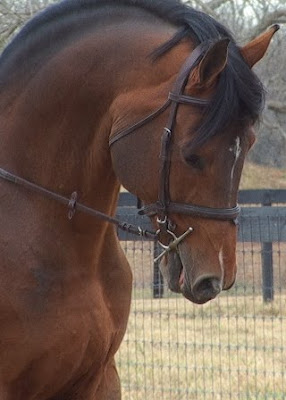 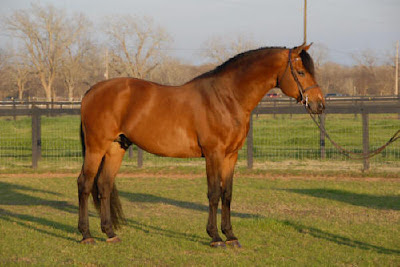 I love watching my two boys together... Madigan lights up like a firefly when you walk into the room. You are a wonderful dad to our boy and I pray that Madigan will grow up to be like you. Love, your second biggest fan! 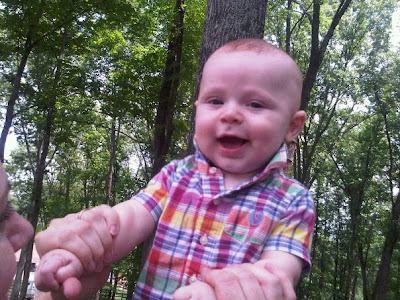 Posted by McBean at 3:12 PM No comments:

Auntie Shelly came all the way from Austin to see her "mini bran muffin" (as she calls Madigan) and while she was here she gave Madigan his first swimming lessons! He did wonderfully and she gave us a great foundation to work from. He loves the water and really seems to be trying hard to float on his own. 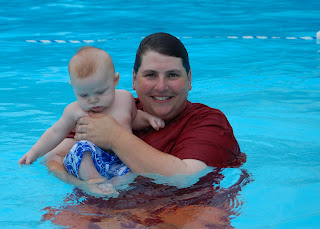 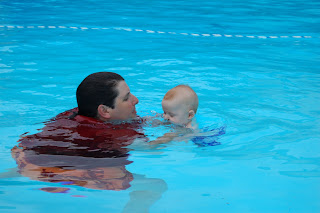 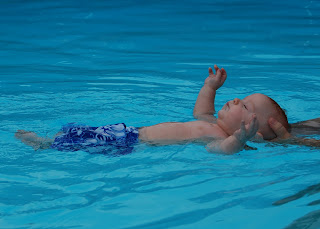 Hanging from the Rafters

You may not be able to tell very clearly from these photos, but Madigan loves to hang from the rafters in the barn. He has his "fly boy face" on and is ready for action! We got him a little fan (attached to his vehicle) which keeps him cool and calm. He's a real trooper at the barn. 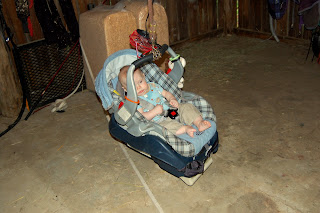 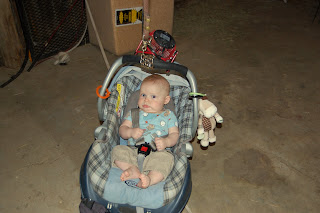 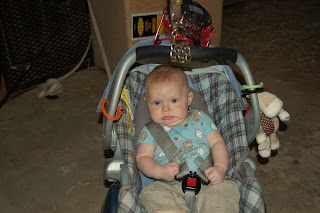 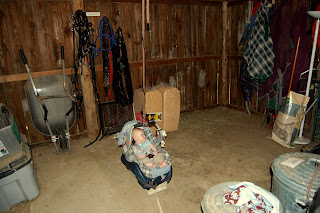 This knot was a total accident! I was tying up a cross tie for the horses and accidentally came up with this little fellow. It's super simply, and is impossible to loosen. Yet, it takes about 3 seconds to untie it, if needed. Fun stuff! 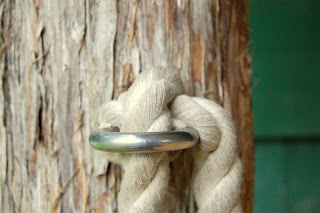 Madigan really hates his tummy time, in part because he doesn't have any traction to push himself up (i.e. prep for crawling... shudder). So, I found this rug on craigslist and it fit perfectly in the shoebox (living room). Bear was THRILLED when we put it down: "Finally, something soft and cuddly to lay on without having to expend SO much energy getting up onto the couch". Hopefully this will make for some fun learning adventures. The boy is starting to sit up on his own and I foresee some major head bonkings in our future, so hopefully this will ease that process and reduce the bruises. :-)

On a totally unrelated note... I ate my first RED TOMATO from the garden yesterday. DELICIOUSNESS!

And last but not least, I've included a portrait of Bundle for all his fans who simply won't be satisfied otherwise (Auntie Kristin). :-) 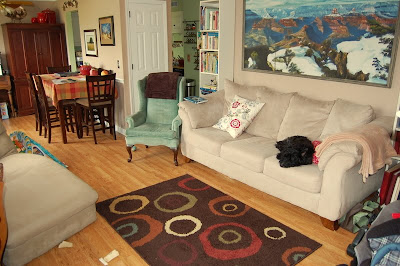 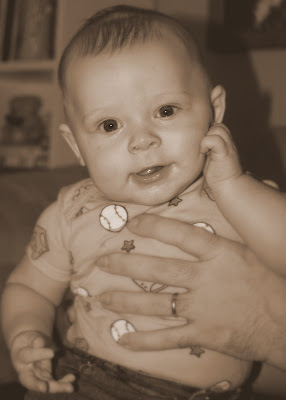 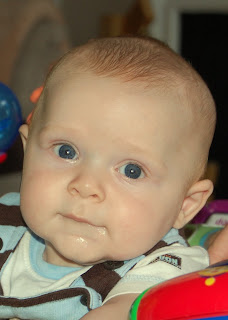 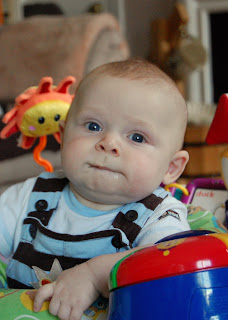 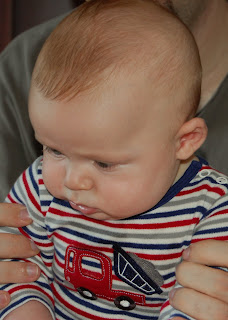 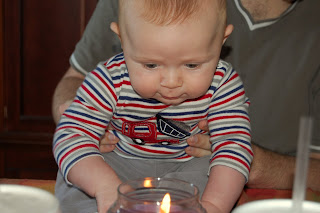