I don't want any presents for Christmas... 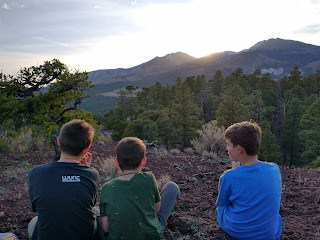 "Mom, I don't want Christmas presents this year." Declan was ambling along behind me, deep in thought as we climbed an overlook to get a better view of the Peaks. I asked him to elaborate. "Well, we have so many things - I have everything I want and need. But, I see people all the time who don't have anything and they're all alone." We talked about some ways that he could help those people, and ultimately, he has decided that this year, instead of people giving him Christmas presents, he wants people to give him money to buy 8 backpacks which he will fill with supplies to help homeless - alone - people. We're collecting blankets, gloves, warm socks, heat warmers, granola bars, water, to-go cups that they can fill with hot water, homemade Christmas cookies, emergency sleeping bags, small flashlights, and anything else we can think of. 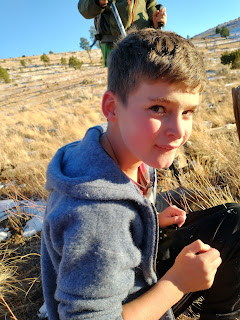 Madigan and Kelton were both inspired and challenged by Declan to do the same, but each have different passions. Madigan wants people who were going to give him presents for Christmas to instead give money to help stop children from being exploited and abused. We found a privately funded non-profit called Children of the Night and their purpose is to provide intervention for children who are exploited and vulnerable. 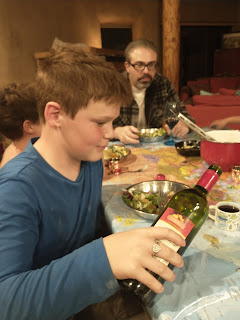 Kelton and I have been following the Chili Pepper Miracle Mustang Rescue organization. They rescue countless orphan or injured foals and then re-home them to families throughout the United States. Sometimes, Kelton cries over the stories of the foals and so many times he has told me, "Mom, I want to go right now and help that baby." He wants to volunteer to help at the rescue when he's old enough, but he has settled for helping get them donations, for now. 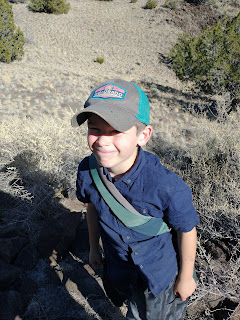 When I was buying items at the store this past week for Declan's backpacks, the cashier asked what we were purchasing so many duplicate items for. I explained Declan's plan to her and she burst into tears. She said it gives a whole new meaning to the holiday season and helps restore her faith in humanity. She begged me to please bring Declan into the store this week so she can meet him and thank him, personally. I was reminded in that moment how much people need love and when it is expressed, even in it's simplest form, it can change people and give them hope. I pray that the choices of each of these young men, at this Christmas season, and throughout their lives, will bring about positive change in the lives of the people around them and help those people understand love, profoundly and personally. 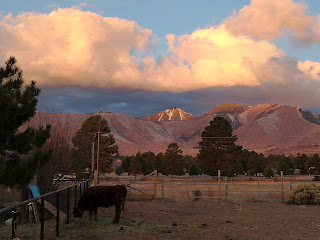 Wow! Just wow!!! You are doing something very right in your home!!!