Of elbows and toilet seats

As I attempted to unscrew the toilet seat, my frustration mounted. The screws were so corroded that I ended up having to force it into pieces to fully remove it successfully, and I smashed my good hand in the process. I was instantly angry. So, I sat on the bathroom floor and considered: what was I really angry about? It was cumulative, as it most often is when our lava starts to flow. Lochlan has a fairly deliberate habit of missing the toilet bowl almost entirely, which leads to the deterioration of the toilet seats/hardware every couple of months. "Lake Lochlan" is something I pick up 5-6 times/day and the urine smell in the bathroom never really subsides, now matter how ardently or fastidiously I wipe up (and down) the bathroom. 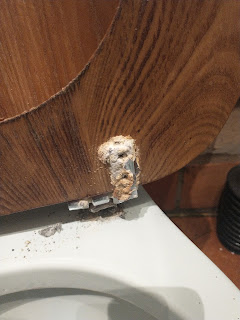 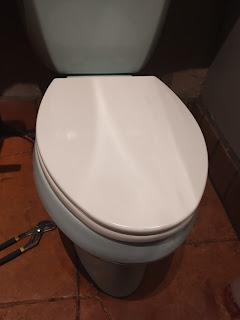 For Lochlan, it's a fixation that has lasted for many months, as has his fixation with wearing no shirt (or acquiescing to wear his shirt, but only as a skirt). I thought for sure winter temperatures would drive that fixation elsewhere, but alas... we are still having to monitor every exit out of the house to make sure he is at least wearing a jacket, as the neighbors start to look askance when it is 27 degrees outside and the young human is pedaling his trike about in a kilt and socks alone. And then there's the fixation with unlacing his shoes, completely, each time he takes off his shoes and then dispensing with said shoe laces quite thoroughly so they are not available the next time we attempt to shoe him. Oh, and the fixation of climbing out of the bunk bed backwards, or over the side, or through the railings, or behind the bed where he gets stuck. The cement floors make that fixation a rather consistently terrifying one for me. And the fixation of running off down the aisles as soon as we enter a store which we resolve by placing him into a cart, which he resolves by pulling items off the shelf as we go by, which we resolve by staying in the middle of only wide aisles (if the Cream O'Wheat aisle is too narrow, Cream O'Wheat we shall do without this week!), which he resolves by chucking the items already present in our cart with forceful propulsion elsewhere (we're always so relieved when those items land at other shoppers' feet rather than upon their heads).

As I reflected upon these frustrations with Lochlan, I felt chagrined and realized that I was boiling over inside about something so trivial when there is such rampant suffering in the world around me. We all have these pesky annoyances that can't really be altered but perhaps it's our hearts that need to be altered in the persistent encounter with those particular trials. Perhaps the slight alteration of our hearts on a daily (hourly) basis as we manage those nagging vexations builds in us strength and resilience to face the more difficult (impossible) aspects/faces of suffering that we all inevitably encounter.

The greatest suffering in my life has most often also led to the greatest gifts in my life. Maybe C.S Lewis is right: "God whispers to us in our pleasures, speaks in our conscience, but shouts in our pain: it is His megaphone to rouse a deaf world." I don't know and I don't attempt to understand suffering in any form. I don't know if it is thrown upon us, or given to us. But, I do know that none of us escape it in this life and all of us are shaped by it, for good or ill. 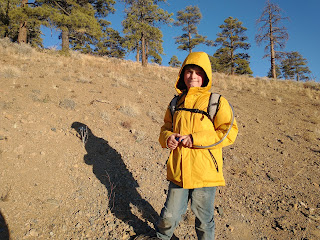 And, on a lighter note, but still very much in light of suffering, we have recently noted that Kelton and Declan have the paranoid gene passed along on their paternal side. :-) Declan dropped his pants in the kitchen and told me that his body was covered in terrible bumps. Alarmed, I checked down his legs to discover that he did, in actuality, have a couple of smallish bug bites on one of his thighs and another on his opposing ankle. 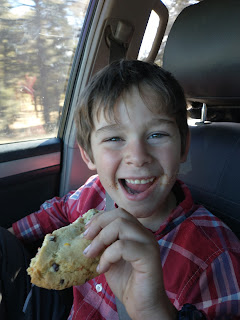 Kelton was sobbing in bed the other night and when I pried to discover what was bothering him, he told me that he has a loose tooth and he is terrified he's going to "lose all my teeth!" I told him, reassuringly that he will indeed lose all his teeth, at which point he became truly inconsolable. After 30 minutes of attempting to redirect my error (in stating the truth), I was able to (mildly) console him with the notion that though he will lose all his teeth at some point in the future and not all at once (that was a REAL concern for him), they would be replaced by bigger and stronger (I might have stretched the truth a tiny tad) teeth, so all is well that ends (or falls out) well.

The boys watched a Magic School Bus where they learned about the beautiful connection between the brain and the overall operation of the rest of the body. Kelton asked if the brain can really tell the arms/legs to move and then we discussed what happens if the brain is injured. About 30 minutes later, he came to me with a worried look and told me that his elbow still hurt where he had hit his crazy bone earlier in the evening. I told him it would probably be sore for a while, but his evident fear was not dissuaded, so I said, "Are you worried that your brain is hurt and that's why your arm still hurts?" He nodded and said, "Mama, will my arms stop working because my brain is actually hurt?" It took some doing, but I was in the end able to convince him that his brain seems to be in excellent working order and he will probably just have bruise on his elbow.

I’m praying for you. 🎶Life in the fast lane...🎶
Your life with the challenge of raising 4 boys is always in the “fast” and jam packed lane. You are a sensitive, insightful, faithful warrior of God and can do ALL things in His strength! I love you and appreciate your heart baring.🙏🥰