As I broke up a squabble between the eldest two a few minutes ago, Madigan stated: "Mama, that fight was 6 milliseconds long... hefty, but without serious harm." Lest I be overly concerned.

"Mama, some animals have to eat leaves when there's a drought, because that gives them their source of water. I think we're having a drought, because we haven't had rain for weeks and weeks and weeks. We probably need to incorporate leaves into our diet. The only problem is that they're yuck. So, I guess we can't do that. Maybe we can just take our sippy cups to the sea and fill them up. That won't work, though, because the sea water is salty. We'll just have to drink milk." He's probably not an internal processor.

The fall leaves may be dull this year, but the impulse to be outside is not lessened. Today, sitting upon some boulders in a cedar forest, we had a prodigious feast of coffee cake with strawberry jam, almonds, cheese, milk (because apparently there's a water shortage in TN since it hasn't rained for a few days), dark chocolate (are you seeing a common denominator in our adventures?), apples and raisins. These tiny humans (for they are indeed human, though my first-born is still convinced that human-hood is achieved upon reaching adulthood), walked over 2 miles today! Astounding. They were each equipped with an emergency whistle and the strict instructions to whistle 3 times should some emergency occur (SOS). This, of course, was practiced in great measure on our journey to the park. Madigan and Paugie both noticed that there were several sink holes (24x12 foot) where the ground had simply created a large chasm... I presume there is a substantial cave system underneath the area. Really fascinating and the inspiration for much speculation today. 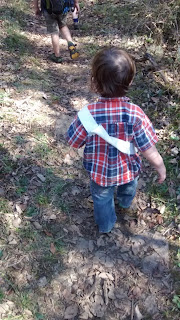 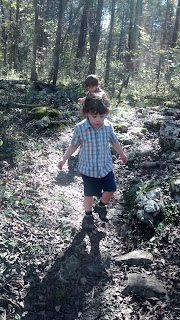 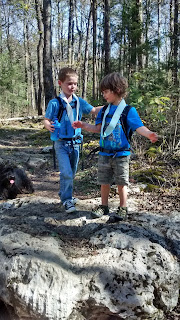 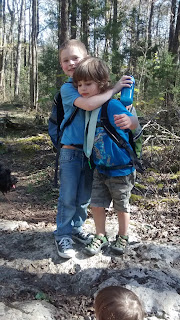 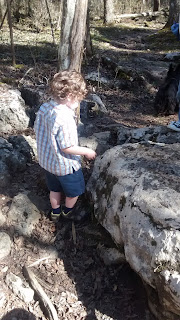 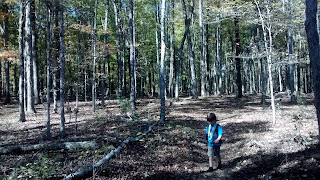 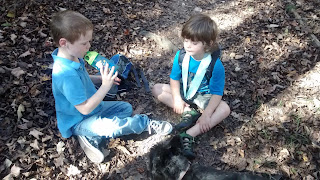 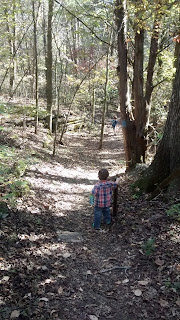