It's Pauge-speak for "Thank you, Mommy". It has become the preferred method for showing appreciation around here and Paugie seems rather flattered when his brother mimics him by using it. And yes, I kinda' love it.

The photos below are unremarkable, except that they mark this day, which was lived well. The big brothers "washed" some of their toys and a good bit of the kitchen in the process. I waded in after a while to help them close down shop.

Happytown smiled, and then smiled some more. He cut 3 teeth over the past week and today I think the strain of it all finally caught up to him, so I held him in the baby pack up close to me all day. Tonight, he was not on board with putting himself to sleep, so I just laid him on the bed next to me. He snuggled in as close as he could get, grabbed my finger to hold tightly and was fast asleep. Only then was I able to place him in his own bed. He's too precious for words.

Paugie was in a cuddle mood today, too (must be something in the air!) and followed me around with blankie in hand and thumb in mouth. When I asked him what he needed, he pulled me over to the couch. I laid him down and covered him with his blankie, holding him close. He gave a little whimper and I knew my mission was accomplished. Tonight he and his hardy broom were doing a team project on house re-arranging cleaning (hence the overwhelming volume of Paugie photos below).

And the latest from Tiger:
"Daddy, you need to get dressed because we're goin' to Ankie Tae's house."
"Madigan, Ankie Tae is in Scotland, so we can't go see her at her house."
Pause... "Daddy you need to get dressed because we need to fly to Scotland." He was a faithful assistant in helping me de-fur the Great White Dog - chore of the century! Maybe our dust/hair bunnies will stop cantering about the house now? Tomorrow morning Madigan has big plans for telling his Daddy how much he adores him. More on that later... 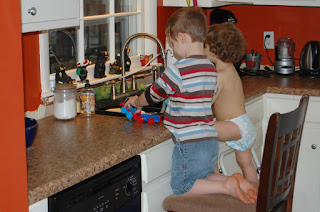 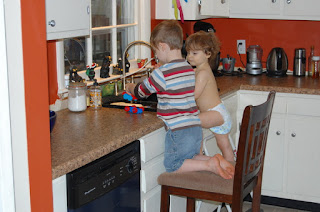 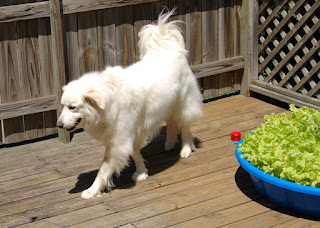 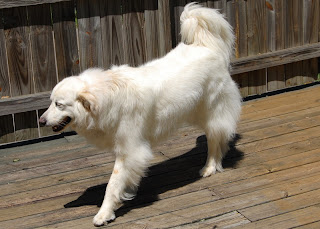 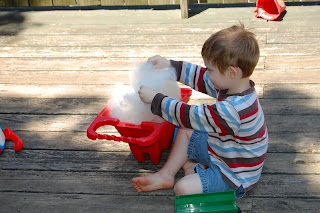 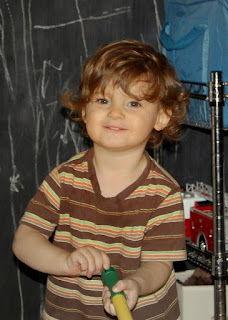 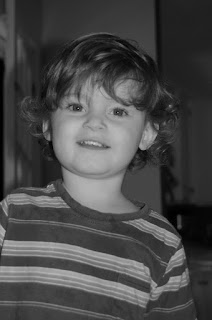 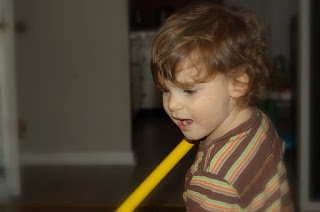 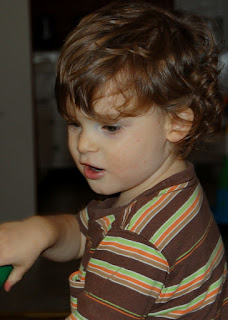 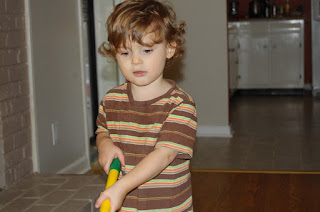 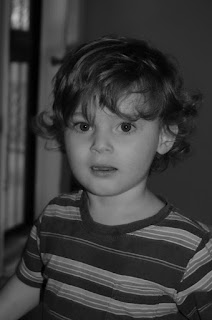 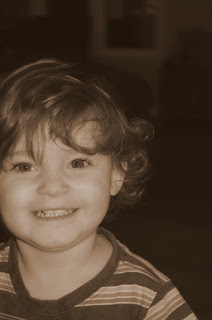 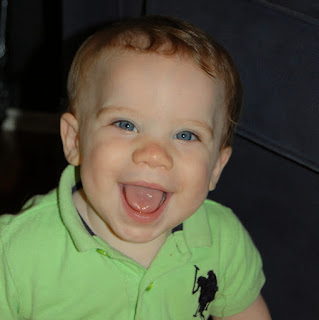 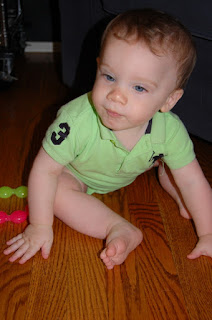 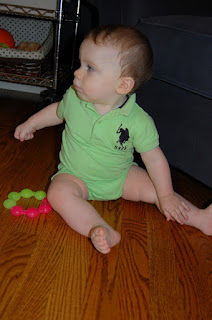