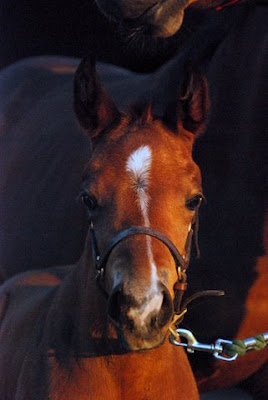 He's just a handsome fella! Reminds me of the days of Fonzi dog! Do you know what ever became of his profession?

Fonzi did go on to be a guide dog. He actually graduated at the top of his class! However, he had a breakdown about 3 years into his career, because he took his job so seriously. I think they made a mistake in placing him with an older person, so he didn't have enough "fun time" to offset the work time (remember what a goof he always was?). He eventually went to live with an adoptive family.