This yummy baby dog came strolling into our lives a couple months ago and we are totally smitten. He has a heart of gold. 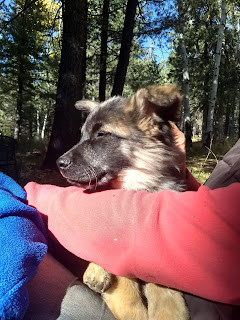 He is laid back and prefers to always be with his people, so even on the busiest of days, he follows us from room to room, plopping quietly down next to us and then getting back up and following us as soon as we exit where we've just been. 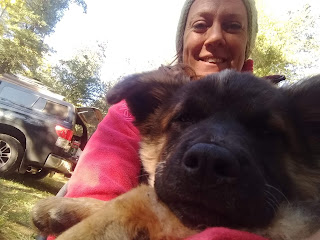 If we are headed into town, he fusses at the gate, relentlessly, until we acquiesce and put him in the truck too. 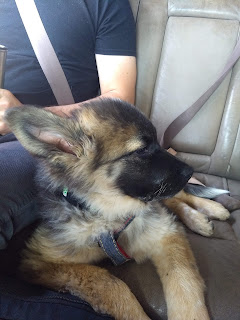 There is no such thing as too much cuddle time with this guy. 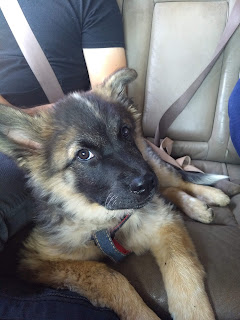 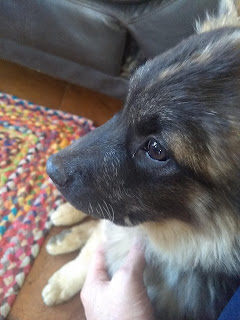 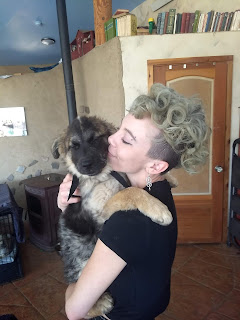 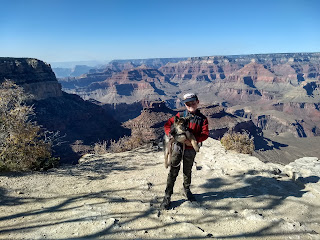 He loves going to new places and is always excited to meet new people. He is happy to go-with-the-flow, but we have discovered that he definitely has an opinion and is not afraid to express it. :-) He just mostly wants to do whatever we want to do, so it all works out well. He is a famous snow-ball maker and I have seen him put together a 1 foot wide snowball, just with his nose! 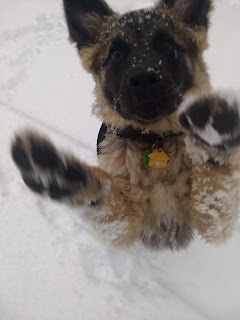 He already knows several commands and is an eager student. He loves to please, and is definitely motivated by treats. And love. Lots of love goes a long way with this guy. It's absurd how easy he is to love. :-) 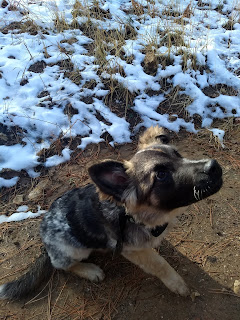 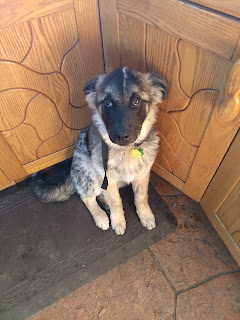 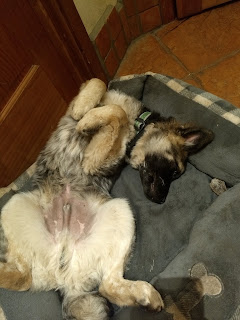 He's not insecure about anything - except getting his tail stepped on in the kitchen. :-) 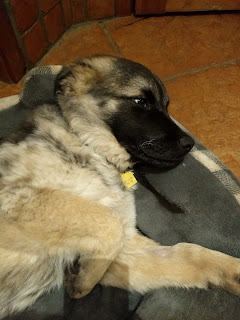 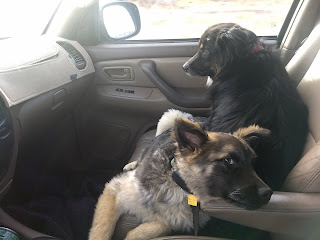 He has the best mentor in the world so we're quite confident that this is already the second best dog in the whole world. 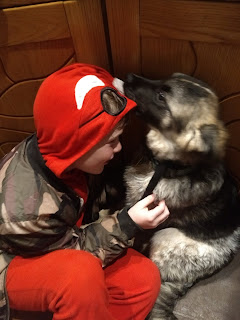 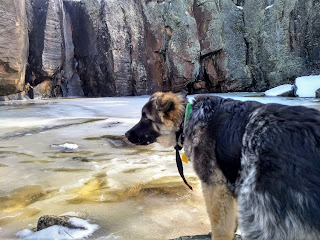 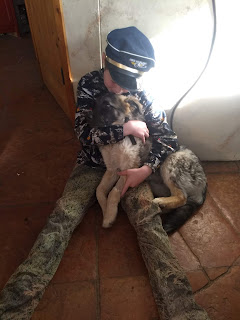 I think we'll keep him. 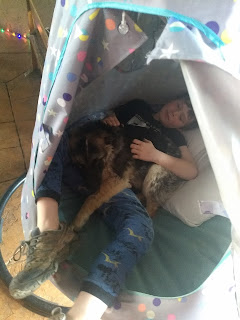