Late for my appointment...

As the days continue scampering by me at an alarming rate, I keep hoping that the fleeting treasured moments are somehow being recorded by someone beyond the realm of time and space for me to review and relish at my pleasure when my life on this earth is done. 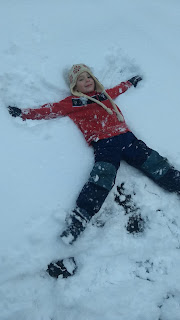 Kelton peeked his head around the bathroom corner and sheepishly said, "Mama, I need you." This is usually not a statement I relish when bathrooms are involved. I discovered him standing next to a rather daunting puddle of pee which had missed the toilet. When I asked him what happened, he said without hesitation, "Well, Mama, I was running late to my appointment." "Appointment with the toilet?" "Yup! I'm so sorry Mama." 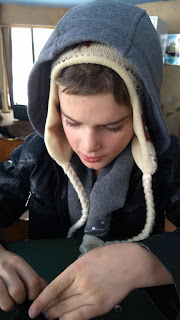 Paugie has been creating beautiful songs on the piano, as only Paugie would create. Today, he was playing a particularly pretty piece of something he was composing on the spot, and I told him I really liked it. He said with much sincerity: "Mama, it's a touching piece that I am going to call 'The Arrow that Never Moves.'" Obviously.

"Mama, do you think I would be a better fireman or builder/architect?" "Paugie, I think you would be great at both, but you seem to be naturally inclined to create beautiful things, so I guess architect seems more like something you might do." After a lengthy, thoughtful pause: "Well, I think if I was a fireman I could help people by saving them from dangerous situations. I could help them to live so they could do the things they are supposed to do, too." Are you for real??? My heart... 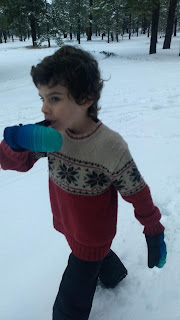 It has been an incredibly challenging month for us, due to sickness. Lochlan was hit hardest, by far, and he has struggled tremendously to make a come back to health and progress. In spite of the challenges, he has persevered and woken up each morning with a smile on his face and has continued to try out new words. At family mealtimes, he grabs our hands and insists that we pray and when we are done praying he says, "AMEN!" His desire to initiate is new and it is completely wonderful.

When I came home from the grocery store a couple days ago, he met me outside the door with the most beautiful smile and said, "Hi!" Then, he opened the back seat door (with no prompting from me) and grabbed two bags of groceries. He carried them inside and I told him he was awesome and that I was so thankful to him for getting the groceries. His whole face beamed with pride, and then he disappeared. 30 seconds later he reappeared with three more bags of groceries. I gushed over him some more, but not nearly as much as I wanted to, as I didn't want to completely smother him with my enthusiasm. He promptly put all the groceries away in the fridge. Then, he hovered about for a few minutes looking idle and bored. He covertly pulled a grocery bag out of the trash where he had placed it previously, refilled it with some items from the fridge and ran outside again. A few seconds later, he blasted through the door, carrying his "new found" groceries, and started putting them away. I hugged him and told him he was the most wonderful, helpful man I know. He could not wipe the smile off his face and I couldn't wipe the tears from my eyes fast enough. There are no words. Each "tiny" moment of progress, of initiation, of attempted words, of profound understanding that he reveals to me, inspire me and remind me that life is full of the miraculous. We are surrounded by it if we open our eyes. 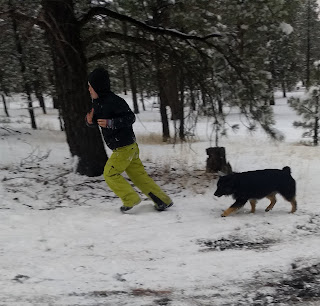 Madigan rocks my world and everything in it. No one is allowed to settle and just simply exist when he is present; we are inspired (and required?) to live in abundance (of energy, thought, action) in ALL THINGS, exploring every potential, considering the vast array of possibilities that are available to us in each minute, hour, day, LIFETIME! We are expected to thrive and never let a moment slip aimlessly by. He is game changer if you are fortunate enough to be a player on the game board of life that includes him.

Madigan struggles with reading, but he has started writing me letters each day. He writes me countless letters expressing his love, his hopes/desires, his disappointments. Though the spelling leaves a fair bit to be desired, the sentiments are profound and it is unbelievable how much more interested he is in WORDS and the power of words through writing. I think he will be devouring books in no time. He has announced to me that he intends to be a writer someday because he wants to tell the world great stories and teach people through words. At bedtime, since he's not allowed to exit the bedroom, he writes me notes, rolls them up, ties them up with a strand of paper and tosses them over the bedroom wall (a 3/4 height wall) so that I can read them. Clever. 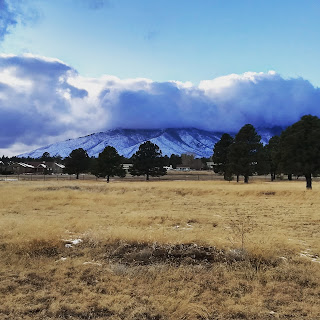 So, as I sat looking at the fog descending upon us from the mountain above today, I watched the total chaos and activity bustling about me and I savored that moment. Dinosaur noises may not always be a part of my surroundings, so let me bottle them up now inside my heart so that I can revisit them in those lonelier days I may yet face. 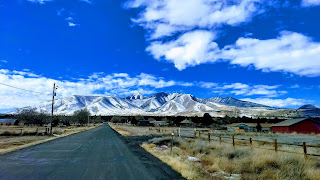 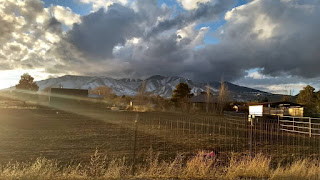 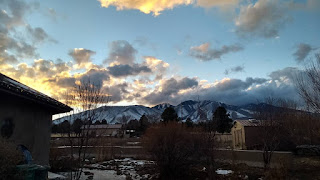 My sweet Eryn, perhaps one day the loneliness may come. Speaking as one who knows this to be true. With 4 kids and so much life that abounded around me, it seems now like I blinked and it was no more. Time is fleeting, but you my precious niece grab hold of each precious moment, living it to the max. Those memories will remain, and each moment with those precious boys is shaping their character into the beautiful men they will become.
I love you!

I want to put every blog you've ever written into a book that I can read and re-read as my time passes even more quickly than yours. You are rapidly becoming a writer to be reckoned with.. like Elizabeth Elliot whose profound depths of observation and application changed many of our lives. Thank you dearest. This was one of your best "offerings" yet. Love you so very much!

Delightful glimpse of a life that is being purposely noticed

Your sons are truly a delight to me. They have developed talents and insights beyond their years. They amaze and amuse me with what they do, what they say and how they handle the world around them. They, and you, came into my life at point when I was at my lowest, and at times found it difficult to get up and get involved with those around me. You, you children and your critters have helped me begin to heal a little and makes me want to stay around and see what happens next.