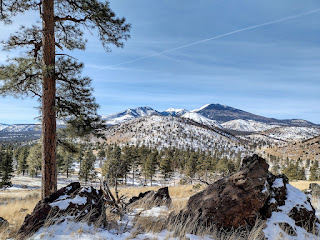 Sometimes, I feel like I start my day fighting for everything in it and the fight just lasts all day every day, and now, even throughout most of the night. The constant climb upward is exhausting. All things "Lochlan", from his behavior to trying to find answers/services/treatment are a constant battle. If we have a doctor that we trust and depend on, we are told by his insurance that the doctor is no longer acceptable and we must find another. If we return to a former trusted doctor, we cannot reach the doctor for two weeks, and then when we do finally reach the doctor, we are told that she is no longer accepting new patients, as of two weeks ago. This is a minor speed bump for us, but an excellent example of the general frustrating trend with this kid.
Lochlan has really most thoroughly sworn off sleep. I have given him every conceivable non-addictive sleep aid, we have established a solid routine with him, we have tinkered with lighting, we have altered schedules, and we have all but given up. He trots around the house until 3:00 AM or later and then sleeps a few hours. He laughs, listens to audio books at the highest volume (last night we started with one book series and worked our way through two others - really quite remarkable how much education we are getting each night), raids the pantry, raids the fridge, explores, goes to the bathroom (as many times as possible or not possible), turns on all the lights, etc. The boys have made a schedule, and they are rotating nights to stay up and keep an eye on Lochlan until midnight, when I take over. It is unbelievable to me that they are doing this, and I cannot express with words how much it has done for me, on every level. That additional two hours of sleep has made what is absolutely impossible something that I can bear for a time. I wish I bore it better. My raw humanity is not very pretty sometimes.
The fixations continue at a ruthless pace. Some are bearable and for that I'm grateful. For the past two days, he's licking his hand and then touching everything (as long as we don't take him in public, the risk of germs should be minimal). He's also pulling down that back of his pants to reveal his entire butt cheek (this could obviously be worse). After midnight, he goes into the bathroom, turns on all the lights, starts laughing and then throws the entire toilet paper roll into the toilet after he has taken a dump.
In the wee hours of the morning, my mind is often held captive by the desperation. The desperation to find answers for this kid, to find healing for his gut, to unlock his mind, to open up his whole world.
Amidst the constant fight, though, there is glory. There is a rich beauty that is utterly satisfying to my soul. There is an abundance that I feel is undeserved and it makes me wake up each morning with an insatiable hunger to do the absolute most with what I am given until my strength is gone and my numbered days are finished.
I sit at the feet of the mountain maker, absorbing the wonder of all that is. I watch, for hours, as my boys astound me and teach me through their love of each other, their most selfless decisions, and as I observe their unique abilities and subsequent choices. Kelton announced that he's "going through a midlife crisis" and so therefore needed time to cry it out and work through his feelings. Later, while we were in the kitchen making dinner together he said, "Mama, do you think people ever devote their life to food? It probably wouldn't be wise, but I can see why they would." And later, he said, "Mama, I don't think food in heaven will be as good as your cooking." Declan cried quietly through a substantial portion of his writing lesson with Max today and when he proudly showed me his final essay I asked him if there were tears. He answered without hesitation that there were tears, but no more than necessary and less than usual. Madigan was so rambunctiously boisterous while playing foosball with his brothers and dad tonight that the windows were rattling on the house. Our only chance of curtailing such outbursts does not exist, I'm afraid. He's a man of passion and tremendous volume.  He is the leader of this band of bros and I'm thankful that he is! Lochlan just finished climbing off the back of Declan who was galloping around the house with Lochlan's laughter spurring him on. Makes my heart so happy to see how they delight in one another.
I keep being reminded that "To whom much is given, much is required." My four boys are gifted with such strengths that I often consider what may be required of them. I somehow know that the challenges, the terror, the impossible things that have been thrown at them through this life so far will be a great asset to each of them on the road of life that lies before them. I would not wish to live through so much of it ever again, and yet, I'm grateful that it has been. Some of the most important and powerful lessons cannot be orchestrated; they simply happen because we are participants in something much bigger than we can imagine or know. 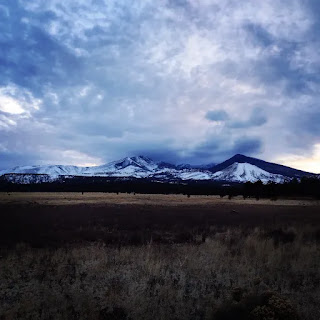 Even though I walk through the valley of the shadow of death (relentless weariness, a maze through quicksand of finding answers to raising your boys, trying to live honestly with those around you with integrity and love though it’s often misunderstood) I will fear no evil, for You are with me; Your rod and Your staff, they comfort me. Because you depend on the Almighty and loving God moment by moment, He gives you strength and guidance and shows you love in so many ways.
Psalm 91 especially vs 14-16