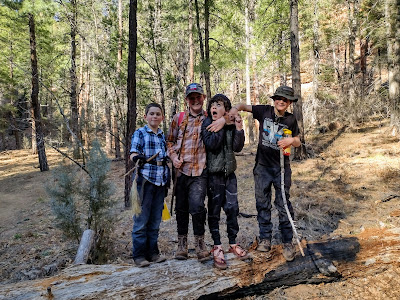 "Ah... life is death, and death is life." Kelton blurted this out of nowhere one day while we were driving. Context? None. :-)

"If I pack for hiking, I will have enough food for 10 days and 40 nights." Kelton again. Strangely specific. And again, out of nowhere.

And Kelton: "Imagine the good I could accomplish if I had a drone. With binoculars. And a stun gun." Yes... imagine.

"It's strange the things we think when we're young. I look back and I think I must have been crazy back then!" Truly. Nothing like years of maturity to open the eyes and create wisened youth. ~ The mature Kelton.

"Lochlan, you carry the water and I'll walk in front of you to make sure you know the way." The benevolent Kelton.

Kelton ~ "I think I'm a pretty serious speed demon, but I don't like the word 'demon', so we'll need to come up with something more positive that describes my abilities." Oh my gosh, how are you for real?

And lastly, but not really because he never stops: "Mom, I love you the most and if you say you love me the most, it just proves that I love you even more than you." I'm confused, but apparently arguing the point is futile.

This man is full of love - So. Much. LOVE! He is also a pistol and less than predictable. He is full of surprises - most of which we like. We'll keep him! 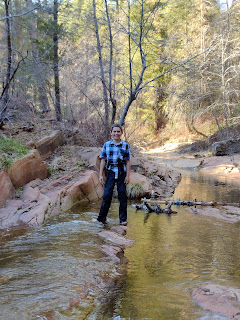 The differences in siblings is remarkable. I'm sure nearly every parent has said, or at least thought, this over the full expanse of time in which humans have existed. 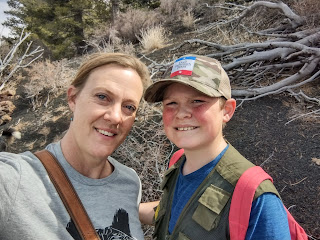 "Madigan, we have 5 minutes until we need to leave!" The man leaps out of bed, pulls his PJ's off from over his clothing, which he pre-wore to bed for maximum efficiency. In less than 5 minutes he is fully dressed in wool socks, hiking pants, t-shirt, button down sun shirt, hat, Jr. Ranger vest, machete holstered on his hip, knife tucked into his pocket, backpack filled with hiking essentials and life-saving tools, snacks for more than just himself, and even a hair tie for me because I always need one and rarely have one. He strides confidently to the truck, drops off his gear and is waiting at the gate to open it for me when I drive forward. It's kind of amazing. And he's usually waiting at least 1 full minute for me, having leaped from bed exactly 4 minutes before. You see, this day was planned in detail the day before - no, three days before. His attention to detail is admirable and he holds himself and all of us to specific and precise standards of operation. :-) He is efficient, diligent and unbelievably hard working. 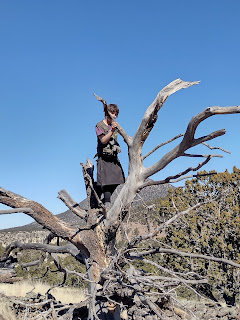 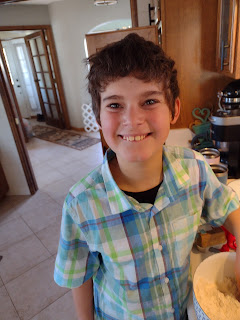 "Declan, we have to leave in 15 minutes!" This man ambles to the kitchen, sips on his tea, sits down to chat with me as I finish putting on my shoes, tells Kelton a "quick" story in incredible detail about the dream he had last night, grabs a water bottle, hunts for some snacks (usually procuring inspiring snacks that are the envy of us all, but then he knows that, so he always packs enough for every person because he loves the delight on our faces when he passes them out), washes the thermos carefully, makes hot tea in the thermos for everyone, packs cups for everyone, searches in vain for the book he is halfway through and anxious to finish while hiking, loves on Paisley, helps get Lochlan in the shower because he's always stinky in the morning, asks if there is anything I need help with, grabs another water bottle for whomever forgot theirs (Kelton). 20 minutes later, he hears me honk from the car, so he frantically grabs his very full pack which is not zipped. As he exits the house he has the open backpack draped over one arm and the other is holding his 2 boots, 1 sock (the other is partially on one foot), and an extra (extra) water bottle, which may or may not have the lid securely fastened. His short sleeve button down shirt is buttoned chaotically and his pants are definitely missing a button altogether. When I remind him that he needs to grab a jacket because it's 22 degrees outside, he almost cries in exasperation, throws his burdens onto the front seat/floorboard and runs to grab a jacket (still with 1 sock on). As we pull forward to the gate, I prepare to get out and open it. He says, "No, Mom, I've got it!" and leaps out, jacket halfway on (one arm counts, right?), 1 sock still on, and one foot with the shoe minus a sock. He opens the gate and gives me the biggest smile as I pull forward. The cares of this world do not haunt him. He can always make time for others and there is never a time that is not great for a hug. He loves so completely and sees the world through a lens thoroughly his own. I love to discover what he has found; he gives new meaning to life because he absolutely sees it differently. He finds beauty in the tiniest possible places and it takes my breath away. Even if it's beautiful chaos.
I know this looks terrible, and I'm sorry, but...
Declan found this dried up squash in the garden.
He showed me how beautifully it had dried (inside)
and how the seeds were nestled away, just
awaiting spring. He sees it! 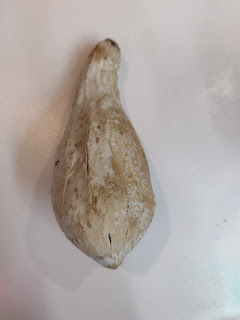 I was FURIOUS! Frustrated beyond measure! I walked into the living room to have tea yesterday morning and our wooden chest which sits right by the couch had been desecrated by powerful scribble strokes. It was impossible to miss and let me just tell you how much of my life I have spent researching how to remove permanent marker from every surface imaginable and then implementing that research into hours of painstaking labor. I called all the boys in and rabidly awaited their arrival. 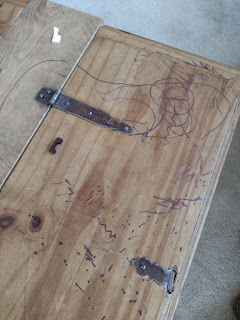 Then, I looked closely at the markings... "Toy Box". I had a fleeting thought: "Could this possibly be Lochlan?" 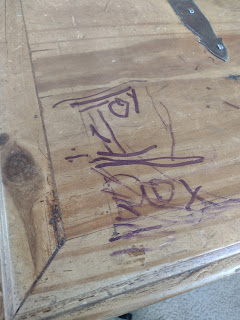 Then, the troops arrived and I queried each on the nature of the beast and they each claimed innocence. When I asked Lochlan what it said, he grinned widely and said, "Toy Box." I'm not going to lie... I cried. Abundant tears of joy. Do you know how powerful this is?! He not only wrote it on his own, but he understood what he was writing, he wrote it legibly and he labeled it correctly! We were once told that though he may read, he would never comprehend what he was reading. WRONG! And, he had written it with a magic marker; now, I wish it was written in permanent marker! A testimony to all of how little we know, of how we can be surprised by joy when we least expect it. 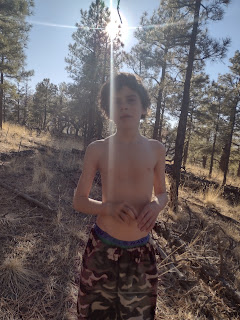 Let us each keep finding the beauty in ALL the things... 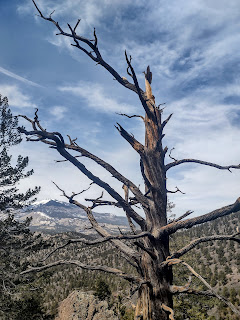 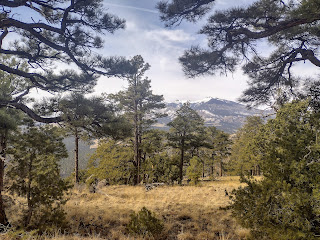 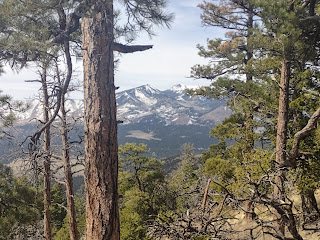 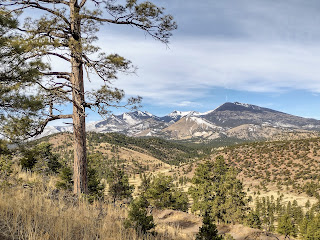 What sparkling radiant gems you have produced by God’s intricate working out of life in your family. It boggles the mind and their wonderful uniqueness is truly a blessing always appreciated when pondered as the outworking of the Spirit of God on each person in your world. God’s creativity is unlimited and joyous to behold! Thankful for your ability to share the vision you see. WOW!! ❤️🙏

Tears and laughter, not necessarily in that order, but interspersed throughout all you write. A gift you have honed over these difficult years. And it will not be wasted. What a legacy of love you leave for your children. Oh how I love you and yours!😍

Tears and laughter, literally. You and your men are so beautiful and strong and...all so very, very different. Thank you for seeing the beauty and holding on to it and sharing these moments with us. <3 <3 <3 -Aunty Eeyore

Your words my precious niece, enable me to share in the lives of each of your precious boys. Thank you so much for sharing them.❤