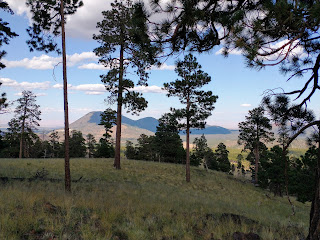 Keep the children alive until tomorrow. Tomorrow: Repeat.
When the poop hits the fan - literally - don't scream, though sobbing is acceptable.
When you feel your blood boiling, jump in the fridge.
When you step on a Lego, curse loudly in a foreign language.
Gourmet cooking is not a reality. Settle.
Kiss a clean house goodbye.
If you are a mother of boys, you shall never again sit on a clean toilet seat. Wet and gross is your new reality.
Remember that peace and quiet are overrated and underutilized.
Your toothbrush does not belong to you and is now a multi-use tool.
Mud is a probiotic.
Sympathy vomit is no longer an option.
You will no longer need an alarm, and the alarm times are never mutually decided.
When you are tempted to take a nice hot bath - in bleach - that's normal. And there are additional ways of removing feces odor. So, it's a win win!
When you can't find your house through the laundry, build a new house. Way easier.
You'll probably never hear another phone conversation again (because of the noise right now, and because you'll be deaf when the noise has lessened).
You will dream of little else when you're sleeping and you'll wake up savoring those dreams.
Live in the moment. No, really. At least try to stay alive.
Sleep is an elusive hilarity. Don't let it pester you.
They will infuse you with joy that is actually painful it's so potent.
You will never cry so much. You will also never laugh so much.
You will think you're crazy so much more than you thought possible. And you will be (mostly) right.
They will probably eat their boogers. Deal with it.
You will never know such fear; you cannot protect them from it all, and it's absolutely horrifying.
Shower less because no one will care (or notice) if you stink.
You will want to give them the moon, but you will actually give them so much more, by the grace of God.
You will be both amazed and horrified at their energy. It is greatness that cannot be harnessed!
You will break their hearts sometimes and nothing will break your heart more.
Fill their lives with adventure, because they're your greatest adventure ever.
Hug them. Then, hug them more. Believe it or not they won't always be right here.
Wake up, be thankful you've been given another day and RUN the race before you. You've got some great team mates. 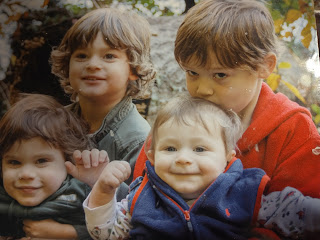 I lost it tonight. Aberdeen found me in the bathroom, next to the toilet, with a face full of tears. I pleaded uselessly with Lochlan to poop in the toilet instead of the trashcan, the shower, the floor, my bed. And then I pleaded with him to wipe before he pulls his pants up because... well, just because. He, knowing I was upset, started screaming and yelling about a great many things. Then, Declan and Kelton came in and wrapped me in a hug and asked me what kind of tea I would prefer, and if I had a milk preference. It worked. I felt like the lunatic I was in that moment and I was able to SEE that sweet, struggling boy perched on the toilet. He's just a mess right now and it's most definitely not his fault. He has had diarrhea (I'm still absurdly proud that I know how to spell that) for three days and then yesterday started vomiting. After 24 hours of vomiting, the diarrhea resumed. He's skin and bones and his eyes look bleary. He lacks energy and though his thirst for knowledge is abundant, he is clearly struggling to keep up in school.

It's more frustrating than I can say. The diarrhea and vomit are taxing, but watching him suffer again is utterly impossible. It's unfair in every way. I hate nothing more in this life. I find myself angry - so angry - and tonight, as I sat there on the bathroom floor I remembered that I'm not angry with him. At. All. He's the one who has been dealt this ugly hand and we're the ones who are to stand beside him, and in front of him, fighting for him, and finding the answers for him. We're the ones to hug him and hold him. We're the ones who are to remind him that he is fearfully and wonderfully made and cherished beyond all measure. Because He Is.

If it's into the shadow lands, I will go. 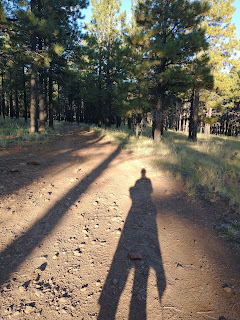 We will begin another round of protozoa, fungal and bacterial treatment as soon as possible. All prayers are coveted.

I found this picture of my dad holding Krista and me. A picture worth a thousand words - words I wish I had. I think it says what I'm trying to say... 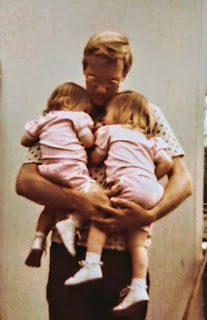 Love is all there is - primarily a Father’s love!
🙏✝️🥰 Leaning on The Everlasting Arms🤗
Praying for and loving you all!😍

What words are there to express my profound gratitude for you , dear daughter? As we all stand on the edge of the chasm that threatens to engulf you, up you rise in the strangest and most inexplicable expression of courage and faith triumphant. You are truly a gift … to all of us💕

The agony and the ecstasy. You manage to embrace them simultaneously and leave a map to show us the way. All the ways...

DesignSpark Mechanical permits users to utilise an in-built library Travel Accessories to combine with personal drawings. Another function that new users might discover useful is the pull function that enables users to create 3D models from only a floor. It is feature-rich for a free software and fairly beginner-friendly.