Canyon. No, really. Secret Canyon is a treasure to be found in Sedona. We passed only a couple other people on the trail, probably because the trailhead is incredibly difficult to access by road, unless you have a very capable off road vehicle.

We actually took this hike several weeks ago, after copious amounts of rain had filled these canyons with flooding waters. The water damage in some areas was pretty extensive, but the majority of the canyon was unmarred. 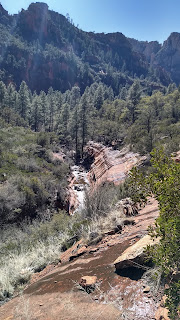 Gumpai accompanied us, much to everyone's delight. 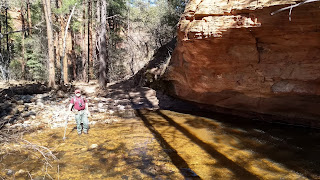 We abundantly failed at keeping our feet dry, as the creek crossings were plentiful and quite full of water. 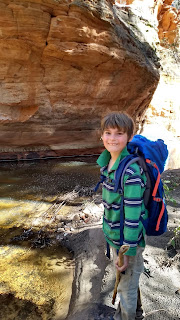 The boys have been carrying their backpacking packs on each adventure, with a little added weight to each hike, as we work our way to the Colorado hike in June. Hopefully, this will help the overall weight on that hike to be less daunting for each of them. 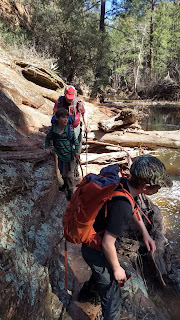 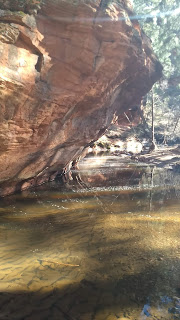 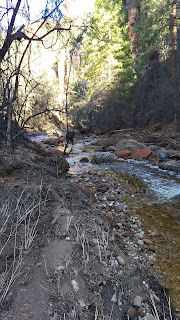 We simply couldn't do it without her.... Aberdeen, you are the best dog in the world. Don't let anyone tell you otherwise. 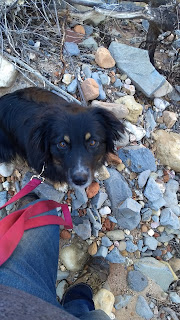 Man and his dog. Aberfeldy is turning out to be a fabulous dog for this boy and we love him to pieces. 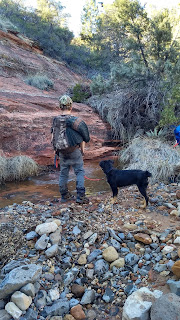 Look at that moon! 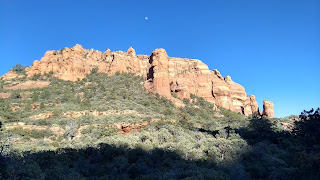 Madigan carried this rock for over a mile. He was pretending that it was a meteor that was flying through space until it landed dramatically into the large body of water (presumably the ocean, but adequately represented by the obliging creek). There were, of course, scads of personnel (both military and civilian) attempting to thwart the course of said meteor and each of these and their role(s) was brilliantly portrayed by Madigan as we walked. 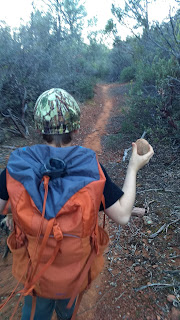 Paugie has an eye for every heart shaped rock that makes it's way into our pathway, and he enthusiastically collects it for me because "I love you so much I want you to know it in every way possible." Because this rock weighed 900 lbs (or thereabout) and we still had 900 miles (or thereabout) to walk, I convinced him that we could take a photo of the rock to keep for all posterity and future reflection. 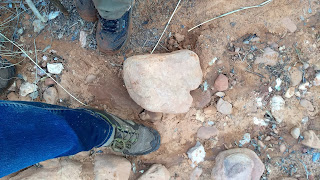 Oh Eryn, you have such a gift for seeing and capturing the moments and then sharing those hidden treasures to us. Miss you all so terribly much. Happy Mother's Day, Sis. You are an amazing Momma.