We will not be able to work this out! 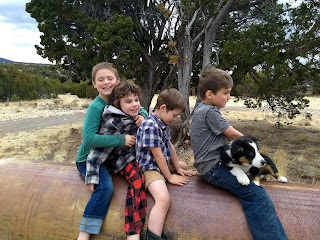 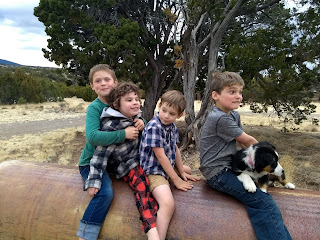 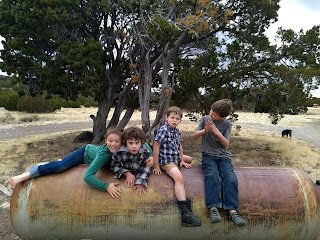 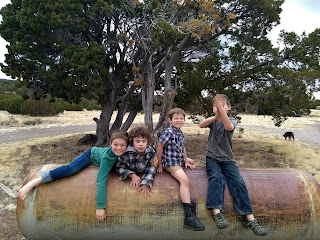 It was a grueling 2 years weeks, with Daddy away and Mommy's sanity evading her a good portion of the time. Week 1 was by far the most intense because there was poop - so much poop. It wasn't unexpected, per se, as potty training a human whilst also potty training a puppy are likely to produce creative outlets (quite literally) for such unwanted substances, but we seriously escalated the potential. By a lot. Even Sabina joined the fun and made her own contributions (for three very long nights: "hello diarrhea"). I will spare you the details, and you should thank me. Suffice to say, I will mentally never be the same. :-) 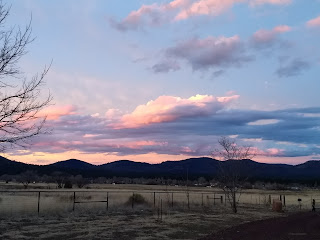 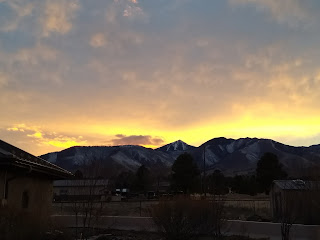 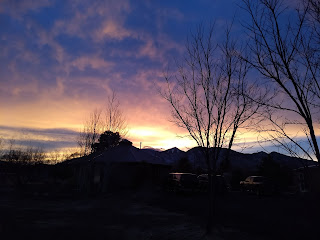 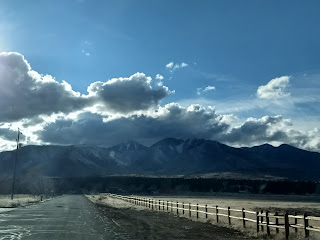 Oh look! A Scottish Moose. At the table. Hmmm. Shortly after this picture was taken and I turned my back, she inhaled Kelton's kale and broccoli, which he had been suffering through for some time. When he returned from his bathroom run to find it missing, he flailed himself onto the couch, wailing, "My lunch! It's GONE!" (I guess he forgot that it was much to his relief). 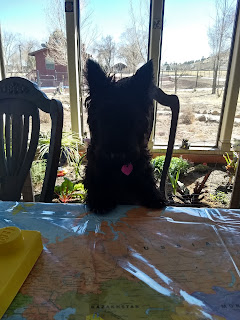 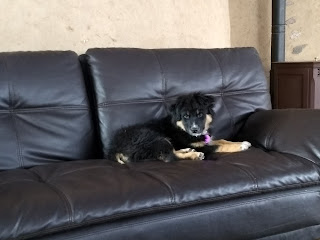 They might not look exactly alike, but they sure do love each other. 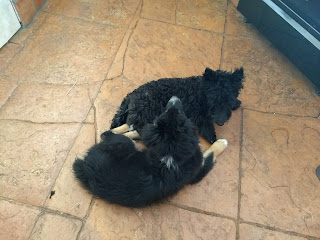 In the midst of crazy, I decided to take some sugar out of our diet, add some kale, eggs, butter and exercise. Lochlan had about 3 days of wailing, but has finally bid his sugar buddies adios and though he periodically looks back, he is marching forward to the tune of lots of fresh green foods, fat and protein. He still brings me the maple syrup bottle in moments of nostalgia, but has resigned himself to the lid remaining immobile. 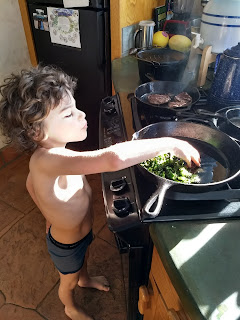 Though drama does not run in the genetic line of this family, at all, it sometimes makes a surprise appearance in all of us. In this photo, Kelton was "hot and 'bout to throw up" because his window wouldn't roll down and it was 32 degrees outside. Obviously, that's also why he wears short sleeve shirts, shorts and snow boots; covering all the bases. 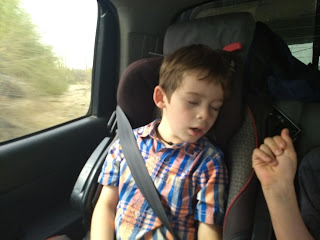 Upon Daddy's return at the conclusion of this marathon, I hid all weekend, from my family, myself, everything and everyone. I hid on the back of my horse. :-) It was glorious! I didn't have cell service most of the time and kept it that way. I needed to think my own thoughts (like, a COMPLETE thought) and breathe air coming from between my horse's ears. #soulrestored 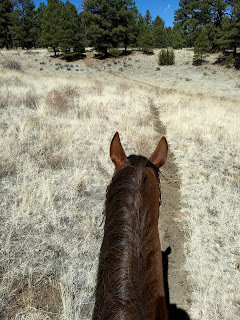 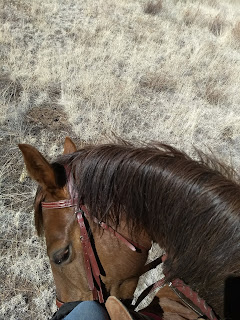 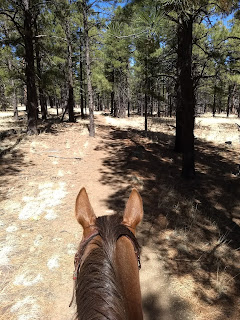 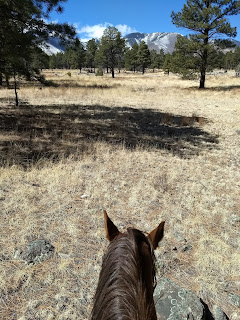 It's a requirement that all media related anything die while George is away. So, in accordance, the internet came on for 1-2 hours each day, making movie babysitting (movies for the children) impossible, blogging impossible, communication with other larger human beings completely impossible... you get the picture. Then, my computer died. Completely. Then, my phone ran out of data, just to make sure that I wasn't tempted to actually check something online, like, I don't know... my Airbnb business emails. I'm happy (and annoyed) to report that upon George's return to God's country (home) it was all magically restored. Alas. 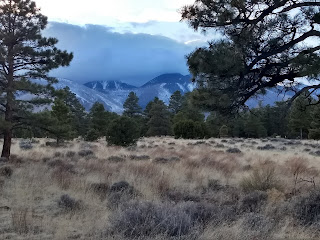 On the quiet evenings (that was a funny, put in there just for you), I decided to read. The booger I found on page 17 was rather unwelcome, but not solely unexpected.

At some juncture in the march of time, I overheard Kelton and Madigan squabbling about something ridiculous. I suggested to Kelton that they try to work it out and be kind to one another, to which he replied: "We will NOT be able to work this out!!!!!!!!!!" The impasse lasted almost 5 minutes. Intense. 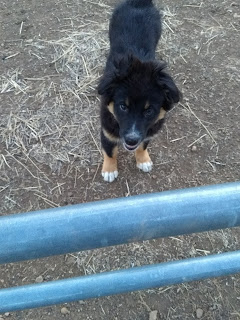 As Paugie so eloquently, and frequently, reminds me: "We were meant to love each other and I'm so glad." Truth.