We take ducking to a whole new level

I hear peeping and a great deal of splashing sounds from the garden area on the other side of the kitchen and I smile because this newest baby to join our family is a snuggly duckling with a case of adorable that is probably already outlawed. 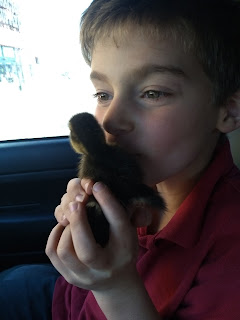 Paugie accompanied me to TSC to pick up some horse feed, and as soon as we entered the building, I knew we were in danger. I carefully steered him out of the direct line of the ducklings and over to the chicks. He admired them appropriately and was content to be about our original task. I was less successful on our exit route, however, and when his big, beautiful, eyes (seriously, have you SEEN his eyes? No probably not because his lashes are so long) lighted upon the ducklings, our future was written. He temporarily stopped breathing and (subsequently) breathlessly said, "Mama!!! Ducklings!!!" His reaction was so palpable that the other 8 people watching the chicks stopped, stared at me and then (knowingly) smiled. I was toast, and they all knew it. 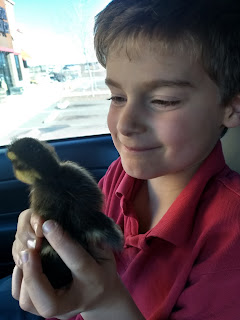 In the checkout line, Paugie had three people doubled over, laughing, because his gratitude was so effusively expressed. "Mama, all my dreams have come true!" "Mama, thank you so much for bringing me here!" "Mama, I've wanted this more than anything MY WHOLE LIFE!". And he really wasn't exaggerating. As I unloaded items into our truck, the fireman who had been standing behind me in line walked over and said, "that made my whole day. I have no words." :-) 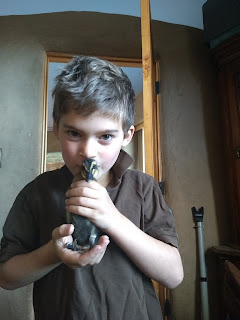 So, like all normal humans, we, of course, have a duck garden in our house now. The "herb" garden has a new keeper. 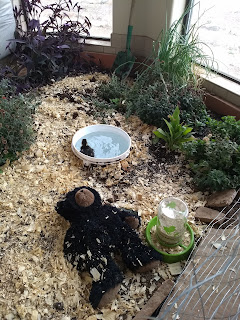 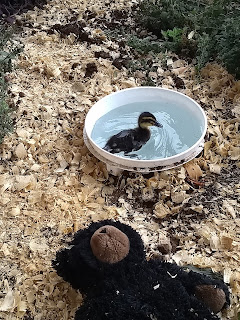 Paugie was emphatic that Lucky Lochs (I was informed that Lochs is the family name) would need to accompany us on our future adventures (which are likely to be many, I shouldn't be surprised), so we found a duck bag suited just for the occasion(s). Lucky, literally, accompanies us everywhere. 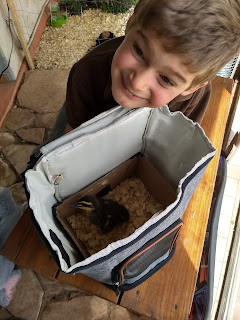 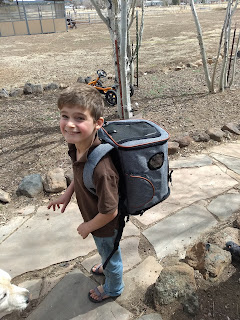 Since potty training ducks is something of an impossibility (and we really are already inundated with individuals who have yet to value the merits of pooing and peeing not just everywhere), we opted for duck diapers. Sadly, we do not yet have a photo to include those little treasures, as special order items take a pee wee bit longer to acquire.

It became quite apparent from night 1 that Lucky does not like to sleep alone, so we found an obliging teddy bear (everyone was very surprised to hear that we found a teddy bear in my house) to adopt her. Anytime that Lucky is feeling apprehensive, or fatigued, or just plain snuggly, that teddy bear is the go-to. 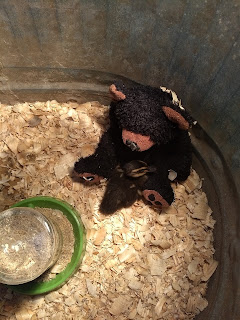 And the duck jokes have taken over us and our extended family to an obscene level. You have been warned. 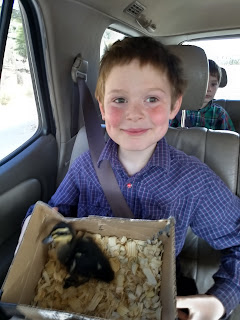 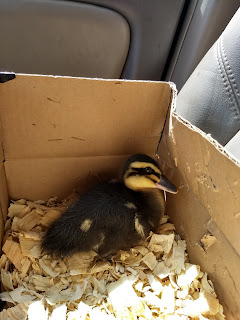 PJ Moose is smitten! She's always wanted to be a mama duck, so, it turns out we've made all her dreams come true as well. It's a win-win! She licks the baby, nuzzles it, cleans it's bottom - all those things mommies love doing. 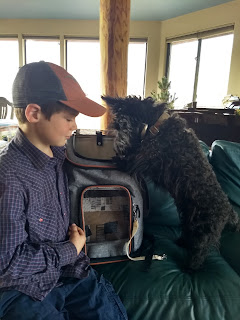 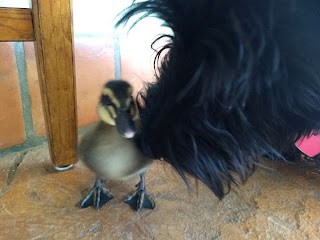 The first night that Lucky was home, all the boys slept in the living room to "make sure the baby doesn't get scared all alone." It was a purely altruistic endeavor. Obviously. 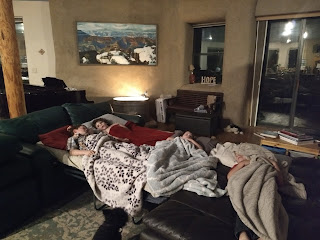 It's true. This snuggly duckling is addictive! 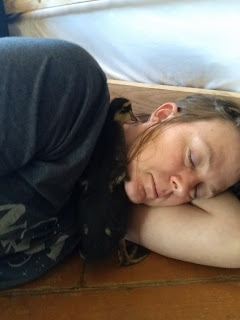