I don't want to be the German living downwind of the death camp, pretending I don't know what's going on. Atrocities against humankind are not a new phenomenon, though the selling of baby parts takes us to a new low. Perhaps (personal) guilt makes us, as a people, turn a blind eye to the barbaric crimes against infants, or perhaps it is our own pain that has made us forget what it means to be a human with rights (starting with the right to live). 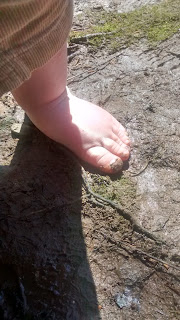 I hear the cry of the mother who has lost her child, who grieves the void created by separation and who anguishes in the guilt of her decision. I know that for every child whose life is snuffed out (in the brutal haste that we refer to as safe, legal abortion), there is a woman - a mother. I have seen His faithful restoration of the heart that is broken by the choices made in panic, haste, terror or out of the justification of convenience. Nothing has shown me more clearly the unconditional love He has for each of us. 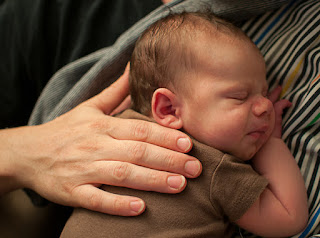 I implore you - humans, children, fathers, mothers, brothers, sisters - to open your eyes, to no longer remain silent. Tell your story. Speak - for yourself, for the broken hearted, for the lost generations who are no more and for those who are yet to come. You - we - have a voice and have the ability to change the future, to stop justifying our crimes against humanity. After I watched the 7th episode of Human Capital, I held Kelton up to my chest, savoring his breath, and clutching him tightly. I found myself longing to hold the tiny, unwanted person(s) whose most fundamental right was denied them and whose human dignity was brutally ignored. 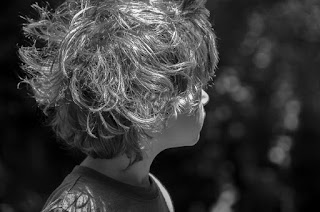