Don't use that shampoo

While holding up my bottle of Aussie Mega shampoo, Madigan informed me: "Mommy, you can't (with a British accent) use this shampoo anymore."  When I queried him for the reason, he replied. "Because kangaroos make it." Still perplexed, I asked him why that would be a problem and he said, "They use too much garlic (again, with a British accent)." So, consider yourself warned.

Paugie started doing the potty dance, so I trotted him off to use the "facilities". As he stood there, he looked up at me and said, "Mommy, it won't come out. It just doesn't want to." I encouraged him to "keep trying" and maybe it would come. He said, "No, Mommy, it's happier inside." I guess he knows best.

Jevy has been practicing his mountain climber skills, with the assistance of the very obliging crazy white dog, any accessible couch/chair, bookshelves and anything that is tall enough to give him a boost. I think a helmet is in order for permanent future use - maybe I'll let him take it off when he goes to college - because his head is the perpetual victim of his unending shenanegans.

I know this a common observation among parents, but it is utterly astounding how different these three siblings are from one another. A few examples from this week: The wheels in Madigan's head are in CONSTANT motion (a trait from his father, perhaps?).  When I put him down to "rest" (given that he's been anti-nap since his arrival into this world - including in utero), he emerged 5 minutes later and said, "Mommy, I can't rest. My thinking won't stop." Jevy's linebacker physique gives him an edge in this world of older brothers, but he is almost too happy/easy going to use it to his advantage. He follows his brothers around, mimicking them and laughing with them, but rarely fusses about things not going his way. He doesn't just need to be cuddled multiple times daily, he needs to climb all over you, smothering you with kisses, patting your head with his massive paws and giggling. Sometimes, he will just climb on top of you and lay his head on your shoulder. He's super happy and super busy for the majority of his day. Paugie is sensitive (both negatively and positively), caring/kind, keenly aware of others (and their needs) around him and highly opinionated. Sometimes, when I hand him his cup of milk, he will stubbornly refuse to take it, but if I ask him to please take the other cups to his brothers as well, he'll happily take the brothers their cups and then accept his own. He always needs to feel useful/helpful. Anytime I'm wiping the countertop, sweeping the floor, or doing the laundry, he asks to help and doesn't stop helping until the task is finished. If I yawn he says, "Mommy, you tired?" They each show their own level of awareness in their surroundings: Madigan, to details - astounding details - that he doesn't miss. Lochlan, to the whereabouts of (all) his people at all times. Paugie, to the actions/emotions/needs of others.
(Thank you to Elizabeth Larum for the photos below) 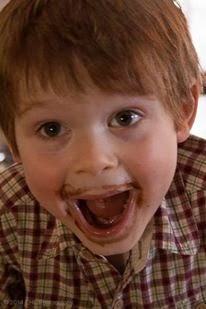 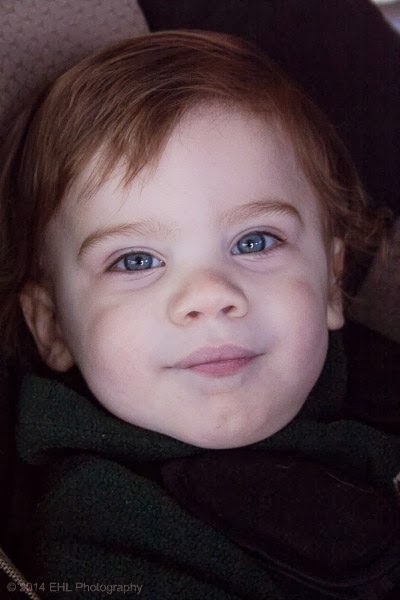 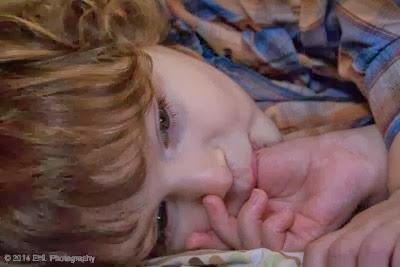 As amazed as you are now at your mini-horde, you'll be all the more amazed when you see the men that they become. I know I'm certainly amazed at the woman you've become, my dear daughter.