Life - Birth - in the fast lane

Well, I thought Declan might be a hopeless procrastinator as the days went ticking on past his due date. Turns out that he's just a man of surprises! Once he makes up his mind to do something - like come into the world - there isn't any stopping him.

Yesterday, at 4:45 in the morning I started having contractions and was fairly certain that Declan was on his way. By 9:00am the contractions had increased significantly and we put in a call to our midwife to get their recommendations. They had instructed us not to go to the hospital until we passed certain "labor markers" and then to call them for feedback before rushing out the door. We were not able to reach the midwives or doctors for about 45 minutes from the time we started calling, so Kris decided we should just go ahead and get to the hospital. At that same moment I crossed a line and was absolutely certain that doing so would leave us delivering a baby in the Explorer alongside I-65. I told him resolutely that we were going to have to have this baby at home because I had to push - NOW (there comes a certain point in labor where the only way to bear the pain is to push... strange... but I guess God designed it that way on purpose!). Kris was steady as a rock and calmly started making necessary preparations for a home delivery. Then, the midwives responded to our call and when they found out what was happening, advised us to call 911, which we did. The ambulance/EMTs and firemen arrived within 5 minutes of the call, put me on a gurney and into the ambulance. I was having contractions every 2 minutes at this point and the EMTs encouraged me not to push - I think they thought all would be best if they could get me to Vanderbilt Hospital prior to delivery. If you've never ridden in an ambulance before, I just want to forewarn you that they are not comfortable... every bump is jolting and obvious. Within 5 minutes of leaving the house, the EMT told me, "let me know next time you start to feel a contraction coming on and I'll talk you through it." I briskly announced that one was coming on immediately and started pushing. He started to say, "just breathe..." and then said, "Ok, we're havin' a baby!". He started yelling at the driver (who was racing down the middle of the highway due to cars that wouldn't get out of the way) to pull over so he could get some assistance. While he was shouting/scrambling for blankets, towels, anything, I pushed three times and Declan was out. Meanwhile, the ambulance driver veered across two lanes of traffic and pulled into a business parking lot. Kris and the driver jumped out of the front seat to come help, but Declan was already wrapped up in a blanket and looking around. I think the poor EMT stuck in the back with me was thoroughly traumatized. He told me that he had delivered 21 babies in his 30 years on the job, but never in an ambulance. He also mentioned that retirement might be eminent. :-)

The wonderful EMTs rushed us to Vanderbilt where we were checked in, evaluated and cleaned up. We are supposed to be released today!

So, that's the abbreviated version of what seemed so surreal at the time... on hindsight, of course no one dreams of giving birth in an ambulance while speeding down the highway. But, this little gem of a boy is absolutely incredible and worth anything and everything that was necessary to get him safely here. He is so sweet tempered and is the picture of health! He might have come careening into our lives at a whopping 50 miles an hour but he landed at the perfect time and is such a delight to us all!

For those of you who savor stats, he weighed in at 7 lb, 10 oz, is 20 inches long and has light brown hair. He has a little whimper like his big brother, but also a good pair of lungs, should he need them to get somebody's attention. Thanks to all who prayed for us during this time! We can't wait for you to meet our BundleSquared! 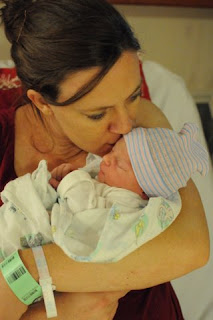 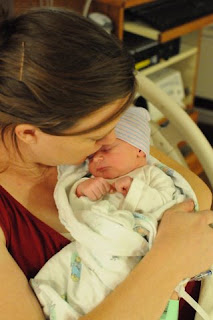 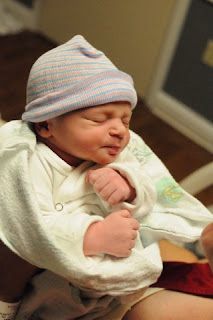 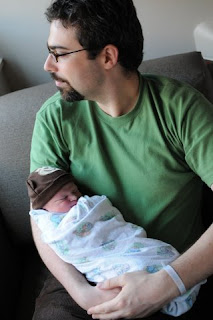 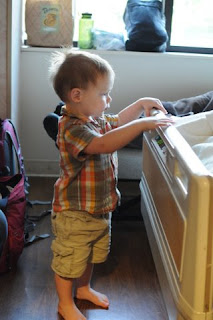 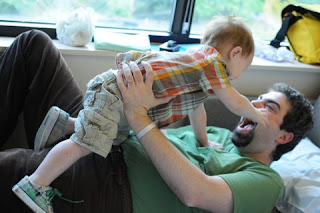 Declan is so beautiful! Congratulations to all of you--I'm sending you hugs from several states away. I can't wait to meet the little man for whom God obviously has many more surprises in store. Love you guys!

WOW!! Congrats on a quick and safe delivery (I will never think of that phrase in the same way ever again!) So glad you all are doing well - Declan is soo cute, I can't wait to meet him! Hugs for everyone, from the Shaws :)

WOW! What an amazing story! Thanks for sharing. He's just as precious as can be. Does he have dimples too?

Congratulations!!!! What an amazing story! Something to always remember and to remind him how excited he was to come into this world! We love you guys, Family of FOUR! Teresa Fowler

Amazing!! Congratulations, you guys! Declan is going to love starting off his life story some day with this "fast lane" account!

We love you all.

Wow!!! Whata great story and beginning for Declan! Can't wait to meet him in person! Congrats to all of you!! Love to all, Julie

So, now that I've stopped laughing/crying/picking my jaw off the floor in shock, BLESSINGS on you all!! Maybe a little extra for Eryn, you earned it! Missing you, and praying for the new phase of family!

Declan will always have a great story to tell about his arrival! lol

Yay! thats one of my boys!!! Love the action!

So surprised had no idea that Declan had come. So happy for you all. Love you, Aunt Jeannie