We finally had to break down and purchase a crib... we were so excited when we found this one on craigslist! The boy has slept in it ever since. It has been a relief to have him not only in his own room, but in his own crib.

I was absolutely determined before he was born that he would NOT sleep in our bed. That ultimatum collapsed the first day he was home from the hospital. It allowed us a few precious hours of sleep during a severe shortage. :-) However, we were both anxious for him to transition into independent boyhood and start sleeping in own bed. When he finally got to the point where he could calm himself down when he was upset, we decided to give it a try. He is sleeping through the night all by his onesies now, and we are uber happy with him! Such a big boy. 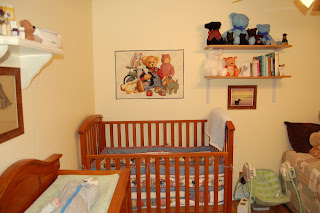 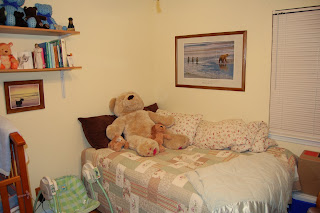 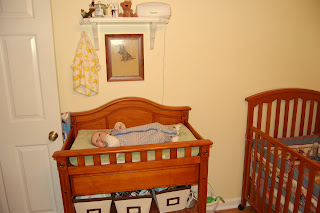