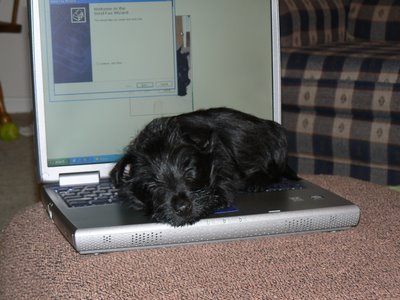 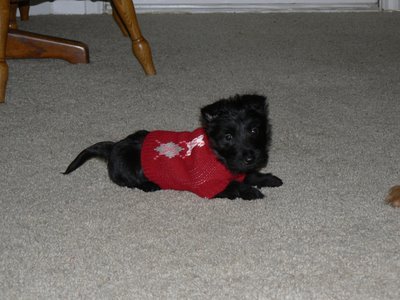 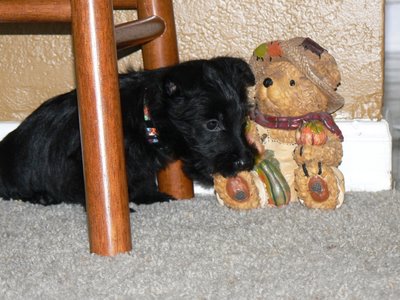 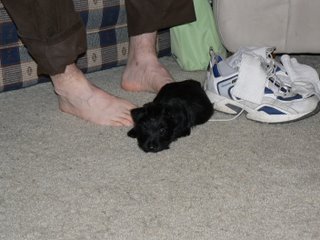 After being around our new puppy for about 12 hours, we discovered that she's utterly fearless (typical Scottie). We decided to find synonymous words to fearless, and named her Princess Valiant (Val). It's been amazing to watch her a see how similar she is to our B-Bopper. She has several similar mannerisms and that same independent streak that was so prevalent in B-Bop. Incidentally, though, she also likes the lazer light (Madison's fairy), so Madison is thrilled!
Here are some recent photos of her.
Posted by McBean at 11:33 AM