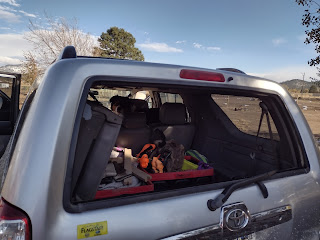 Yesterday, while it was snowing, Kaysee and I trotted over to pick up some supplies from the store. On our way into the store, we both noticed a man standing near the door who just seemed out of place. Less than 10 minutes later, we exited the store and climbed into my vehicle. I noticed that Bumpy, who had been in the very back of the car when we went into the store, was now sitting in the backseat and looked a little out of sorts. When she's irritated or frustrated or just unsure her eyes sag a little around the edges like a Bernese Mountain Dog.

I started the car and looked in my rear view mirror and noticed that my back window was gone. It had been shattered all over the back of my car. There were pieces even in the backseat. My toolbox was opened. I saw some small scratches on the back of the car that I didn't recognize, but that's not surprising, and there weren't any car tracks in the snow indicating that a vehicle had hit the back end. I was pretty sure someone had broken into the car because even though the toolbox was open, there was no glass inside of it. 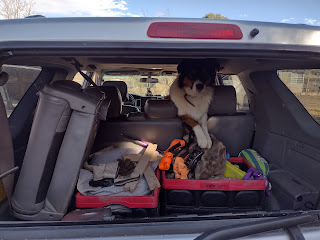 I called the police and waited for a long time. When they arrived they seemed skeptical that it had been directly targeted but they looked at the surveillance footage from the store. The officer looked a little amused when he came back out of the store and he told me that the back window had been smashed in by someone who then reached into the back of the car. Seconds later, the suspect was reeling backwards as a dog lunged at him. I've been saying... "She's not nice!" And I love her to pieces! I'm sure she was mortified and I'm sure he may think twice before reaching into an unknown car again.

I asked the officer if there was any blood? He looked at me with a twinkle in his eye and said, "Are you asking out of curiosity or hope?" I assured him it was purely out of hope. :-) 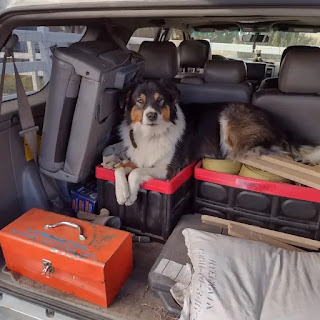 Our insurance covered the window and we were able to replace it today, much to my delight. It was a bit breezy driving it yesterday in the snowstorm and this morning to my 22 degree morning hike. 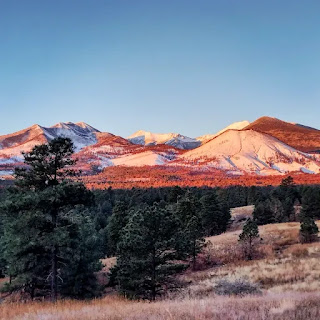 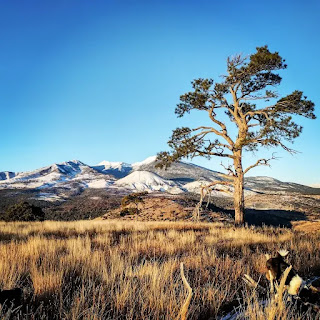 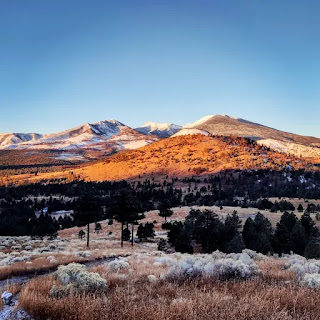 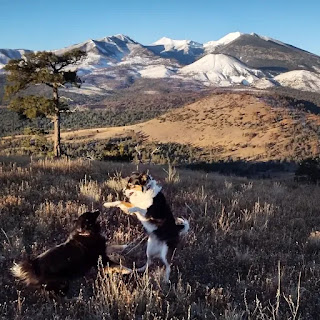