In American Sign Language (ASL) there is a sign for bad. Lochlan has decided that "Toilet (is) bad!" He repeats it throughout the day with great emphasis. We initially tried correcting him and letting him know that "toilet is good", but in the past several days, I'm starting to agree with him. 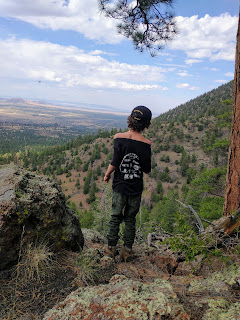 Lochlan has frequently had fixations over the past few years. Some are worse than others, and his present fixation is extremely challenging for all of us. 6-8 times a day we find his poop in all the places it shouldn't be. It started with "missing the toilet" by a hair, then by more than a hair, then smearing it on the walls, the sink, the floor, the shower, the floor by the dining room table, the piano bench, the ottoman, the kitchen counter top, my pillow case, the pantry, the front door and it has been morphing into finding poo just about anywhere, including outside. We don't know if his intestines have started to bother him again - so we are putting him on another round of treatment just as a precaution - or if he just really likes hot showers, so taking 8/day is rather appealing. We now make him take cold showers after each incident to try to remove temptation on that front.

All-in-all, though, Lochlan is making SO MUCH PROGRESS - I mean the guy is using ACTUAL WORDS to communicate with us and he is a sponge for knowledge and understanding. So, Grrr on the challenges of the frequent bouts of raging (that still occur, unfortunately), the copious sleepless nights (he still has so much trouble going to sleep and staying asleep), and the fixations. It has been hard on all of us and I found Madigan out on the swing underneath the big pine tree, at sunset, tears streaming down his face. I asked him what was wrong and he said, "Oh Mom, sometimes it's just so hard. I get angry with Lochlan and I want to make him understand, but I love him so much. I don't know how to make my heart be okay." 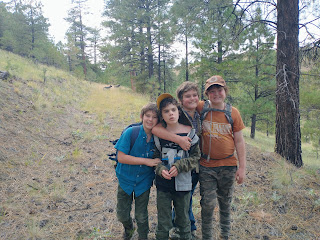 Yesterday, after school in the morning we took all the kids out to the forest to hike, build a fort, do some amateur rock climbing, gallop down some cinder hills and wander the woods. The distraction seemed to help Lochlan and he had only 1 accident yesterday morning. So, don't be surprised if you find us out in the woods more than we're home in the coming weeks, especially as fall is upon us. 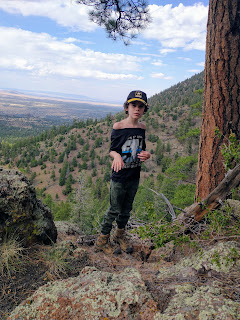 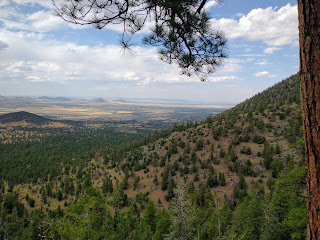 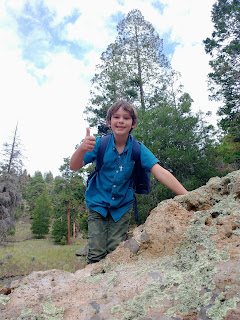 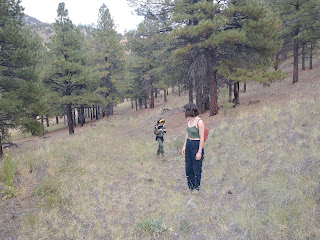 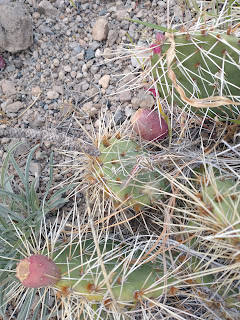 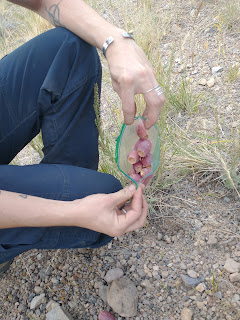 People often remind me that God does not give us more than we can bear. However, through many things that I have experienced in the past several years, I actually find that I don't fully agree with that statement - or rather I don't agree with that statement as being fully complete. I believe God has often given me entirely more than I can bear (or am equipped for), but that because of His grace, provision and sustenance I find I am able to bear it, and sometimes even be stronger for it. Sometimes, my goal in the challenges of being a parent of a child with special needs has simply been to survive, but what I find in the unseen places is abundance, joy and strength.

About 2 years before Madigan was born, I helped Mama Lynn and the whole family with a Stone Soup Festival that she organized for special needs kids and their families. I remember after one evening on our return home from the Festival, I said, "Being a parent of a special needs child is so incredibly difficult. It is definitely not something I am called to do. I simply do not have the capability/wiring to be one." Mama Lynn looked at me with way too much understanding and said simply: "I think every single one of these parents did not feel a calling to be a special needs parent. But, they were called to do so and they are finding the grace each day to wake up and just BE." My heart knew, in that moment, that we are often asked to do what we are not actually equipped to do. And in our insufficiency His provision and grace will be available to us and it will be obvious to those who see us do what is impossible. 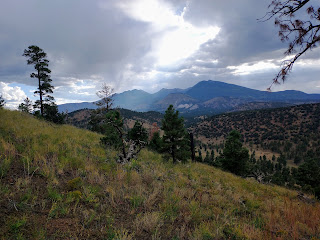 Amen and that is so true. He doesn’t give us more than we in His strength can endure because as we lean on Him, He brings us through each valley and severe trial in His watchful care.