Life seems to be filled with moments/encounters/happenings that we hold onto, but that were never ours to keep. We are handed time, put into a place, given (sometimes endless) choices of what we will do with that time, as though each day is a canvas, awaiting the Painter. What is sometimes lost on us is how the canvas of our lives does not stand alone, but is merged intricately with so many others and as the colors from each of those canvases converge, the picture(s) of our lives is often irrevocably altered, by even the addition of one color we did not expect, or plan for. 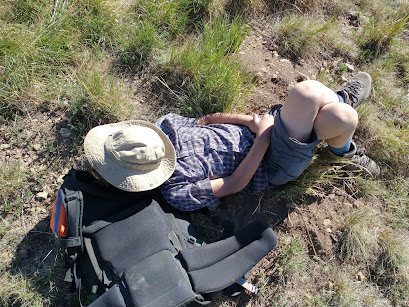 Declan awoke on Tuesday morning, in our campsite at over 11,000 feet elevation (Day 4 of our big hike) with altitude sickness. He exited his tent and promptly vomited. Our plans for the day landed on the dirt beside his vomit and we all readjusted our expectations. Instead of hiking down to Navajo Lake to spend the afternoon, we decided we would stay in camp and maybe just wander around the plateau around us, if Declan improved a little. About an hour later, Declan started to feel almost completely normal, ate some breakfast and announced that he wanted to go ahead with our original plans for the day. So, we excitedly began our descent toward Navajo Lake. 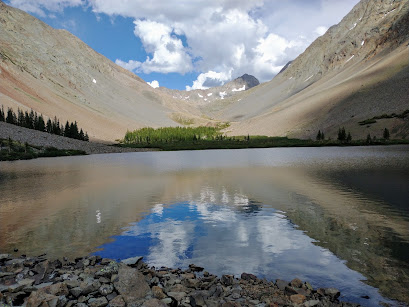 As we rounded a corner, less than a half/mile from the lake, another hiker ("Jacob") looked up from the trail where he was standing and asked me if I had cell phone service. I told him I didn't, but that we had an SOS device (Garmin InReach), and asked if he wanted us to call for help. He hesitated, looking back at the young woman sitting next to him ("Sadie"); she shook her head, but he turned back and said, "yes, please call for help". His partner was having a personal medical issue and had been declining rapidly as the morning had progressed. Jacob had been hoping to get them off the mountain (assisting her and carrying all their combined hiking and camping gear) but Sadie simply could not walk any further because she was so weak. She was still communicating minimally, but it was obvious her energy was completely depleted, and she rapidly declined as the minutes ticked by. Dad called in rescuers, giving them a detailed description of her condition, as well as our specific surroundings, as his device would give them coordinates, but no specific details.
We initially requested a ground rescue, but as her condition deteriorated, it became obvious she would need a helivac and much to our relief that is what the first responders had already concluded and prepared for. We placed orange emergency blankets/jackets on the scree slope above where we were sitting. It was a dicey area for a helicopter to land. Meanwhile, Sadie became almost completely non-responsive and her heart rate began to increase significantly. She was clearly showing signs of shock, so we elevated her legs and tried to make her as comfortable as possible. We saw the helicopter approach, circle and continue circling for several minutes. Eventually, it landed "upstream" of our location, near the lake. The pilot later told Krista that it was his most difficult landing to date (though I daresay, the subsequent landing near our location probably proved to be far more harrowing in the end of it all). Krista, who had positioned herself near the lake with Madigan and Declan, was able to guide the medical team to our location, because in spite of our detailed description, it was still difficult for them to spot us from the air. 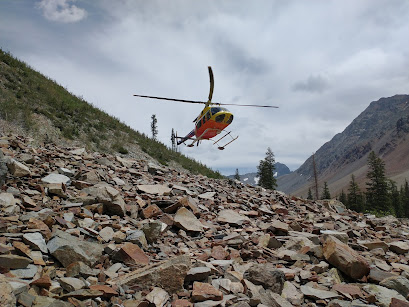 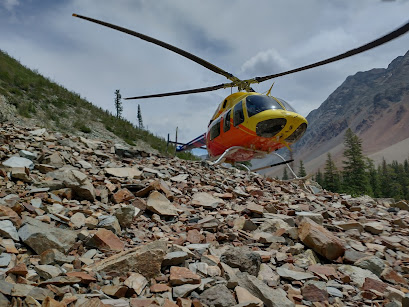 The paramedics checked her vitals, verified information we had about her/her condition and immediately began preparing her for transport. It became evident that landing the helicopter nearer to our location would be preferable to transporting her across the distance to the chopper on foot (though several hikers had stopped to offer their services, and were waiting, if such an endeavor should be required). Due to the incredible skill of the pilot and the paramedic who helped him to navigate into position, the helicopter was able to safely land on the rocks (not 30 feet above us) that precariously formed the scree slope where we were perched. Six of us lifted her onto a stretcher and into the helicopter. That moment when she was lifted into the air on the chopper was a moment of intense relief for us all, and I think everyone had tears in their eyes as the helicopter disappeared over the horizon. The anxiety of not knowing the final outcome or even really having any idea of her likely prognosis weighed on us all. Jacob gathered all their gear and another great human being and fellow hiker on the mountain that day offered to assist him in taking it back down the mountain. We hugged Jacob, who will forever be a friend - something about those kinds of experiences leave an indelible imprint on the hearts/minds of the fellows who journey it together - and he set off to meet Sadie at the hospital. 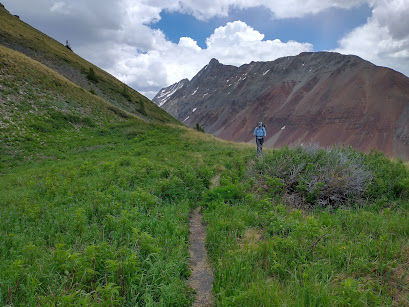 As we returned to our campsite that evening, I felt completely depleted of energy; I'm sure adrenaline was not my friend in that. We heard from Jacob, via text, that Sadie was in stable condition and that she was improving. More tears... of relief. 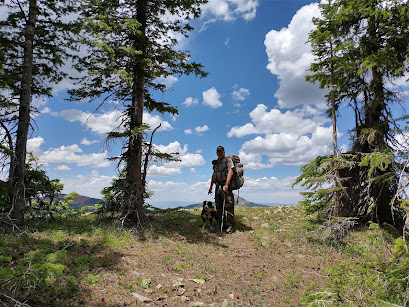 Dad was amazing throughout the whole event - he gave the emergency personnel everything they could possibly need to successfully navigate that rescue and it paid off. He was calm, encouraging, and maintained incredible clarity in communicating with the dispatchers about the condition(s) of the patient. His former years of experience as an EMT absolutely paid off, as he helped bystanders understand the conditions to expect with the incoming helicopter and even cleaned up loose rocks, sticks and various debris that could have become problematic as the helicopter neared.
As I have reflected on that day, it is the details that are profound to me. If Declan hadn't gotten sick that morning, we would not have encountered Jacob and Sadie on the trail. If we hadn't had an SOS device, there probably wouldn't have been time to get Sadie help before her body shut down (by the time any of us obtained cell phone service on the top of some peak nearby). The countless helpful and qualified individuals who were out hiking that morning in that place, who helped assist (or were available to assist) with the rescue. The fact that we were originally supposed to hike out that morning, which would have landed us just shy of the location where we encountered Jacob and Sadie. If Jacob hadn't stopped to pack up their tent/gear, but had proceeded down the mountain without it, we would have missed them on the trail. Krista had taken the boys to the lake to wait, so that they would be out of the way, and so she saw where the chopper landed and was able to help them find our location, preventing more delay. 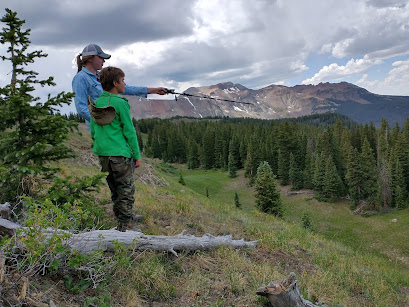 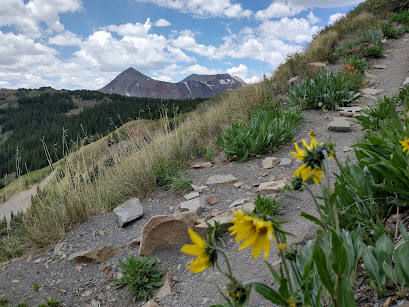 As we said goodbye to that magical place the following day, I contemplated that we are each placed in the time/place we are supposed to be and sometimes it will never make sense. But, sometimes it will. Those moments don't belong to us and they are not ours to keep. We are simply to show up, to BE and to never forget that life is beautiful. And fragile. 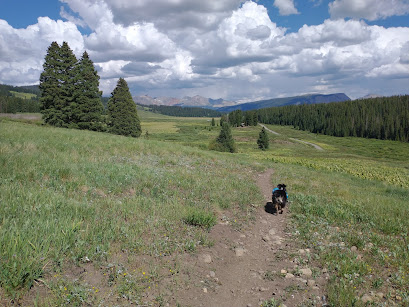