Thank you for the fleas

I recently re-read a book called "A Prisoner, and yet", by Corrie Ten Boom (I highly recommend it). At one point in the story when she and her sister, Betsy, are imprisoned in a Nazi concentration camp, their barracks are overrun with fleas. Her sister reminds her to "thank God for the fleas" - a notion Corrie initially finds justifiably impossible to do. Be thankful for fleas? Some time later Corrie realizes the guards do not enter their barracks or disrupt their gatherings with the other women because the guards wish to avoid the fleas that Betsy had thanked God for. It was an inspirational discovery for Corrie and her account has left a lasting mark on my perspective in life. Throughout each day as I am plagued with trials both small and insurmountable, I am trying to remember to be "thankful for the fleas". It's having the eyes to see that everything that happens - both good and bad - has profound meaning. It is part of something larger that is leading me/us toward something better (Rom 8:28). As Viktor Frankl said, "In some ways suffering ceases to be suffering at the moment it finds a meaning..."

After a grueling 2 hour trial-by-fire with all four of my very docile children in the doctor's office, I traipsed about the (rather large) north Scottsdale for an additional 2 hours trying to find a pharmacy that had the medication I really rather desperately needed to procure by this point. Four pharmacies later, Walmart offered me hope and I rallied the entire weary bunch for one more visit to one more pharmacy. As we exited the vehicle, wailing ensuing from 2 out of 4 of the smaller humans, #3 proceeded to grab my snap button shirt and pull it open - completely open. With the assistance of one large gust of wind, I was in seconds topless, mortified and humiliated before every human in the Walmart parking lot, which seemed to be quite a few in that moment. I quickly re-positioned and re-buttoned my shirt after safely depositing the howling culprit into the basket and tried to decide whether to curse, cry or do both. I was instantly reminded that I chose to give birth to these four miracles of creation because I wanted to be their mommy. I was reminded to be "thankful for the fleas" as I also bask in the joy and delight of the life I have been given. Being "Mommy" is tough sometimes - okay, insanely brutal - but it is even more full of wonder and the greatest gift I have been given. 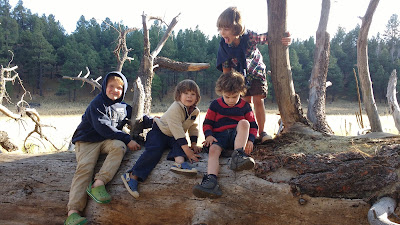 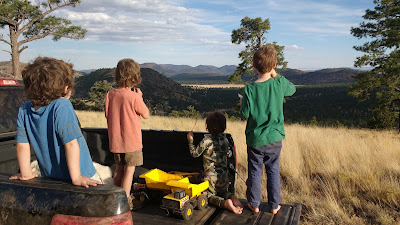 Well said.And I very much want to encourage you that God is speaking to others through your words and stories-- and I thank him and you for it. Thank you for sharing.