As I've been watching my sweet blue-eyed Jevy, I find myself inadvertently smiling, every day. His happytown demeanor brings so much joy to this household, where chaos often has free rein. As I wrestle with the challenges that accompany my role as the mother (guardian/teacher/nurturer/comforter) of this little pack of marvelous creatures, I often fear the unintentional emotional neglect of one or another in the process. Since Kelton's arrival, I have worried most keenly about Jevy, as his place among the big brothers is still in formation, and his position as the baby has been replaced.

And yet, every morning, I am faithfully and relentlessly greeted by his incredible smile, grunts of pleasure, and sweet (though not always gentle) pats on my face from his chubby paws. When I moved his carseat next to Madigan's and made him a more integral part of the "big boy's club" in the truck, his approval was evident.  As he has tackled the daunting task of walking on his own twos, his lack of confidence has been quickly overshadowed by our applause and encouragement.

He, as always, still follows the lead and example of his brothers, but I've seen a deep underlying independence (of thought and, consequently action) over the past several weeks. He's happy to be "doing his own thing" as much as he's happy to be a full participant in the antics of his biggest heros. Several times, if I'm careful to pay attention, I have discovered him being a helper - picking up the items he just removed from a drawer, throwing dirt off the porch when he doesn't think it belongs, putting his toys away after he has finished with them, and wiping down his high chair tray when he's finished eating. If I say something, it's obvious he hasn't done it for anyone's specific affirmation - he has done it because he saw a need and how he could take care of it. What a treasure is this little man in our lives. 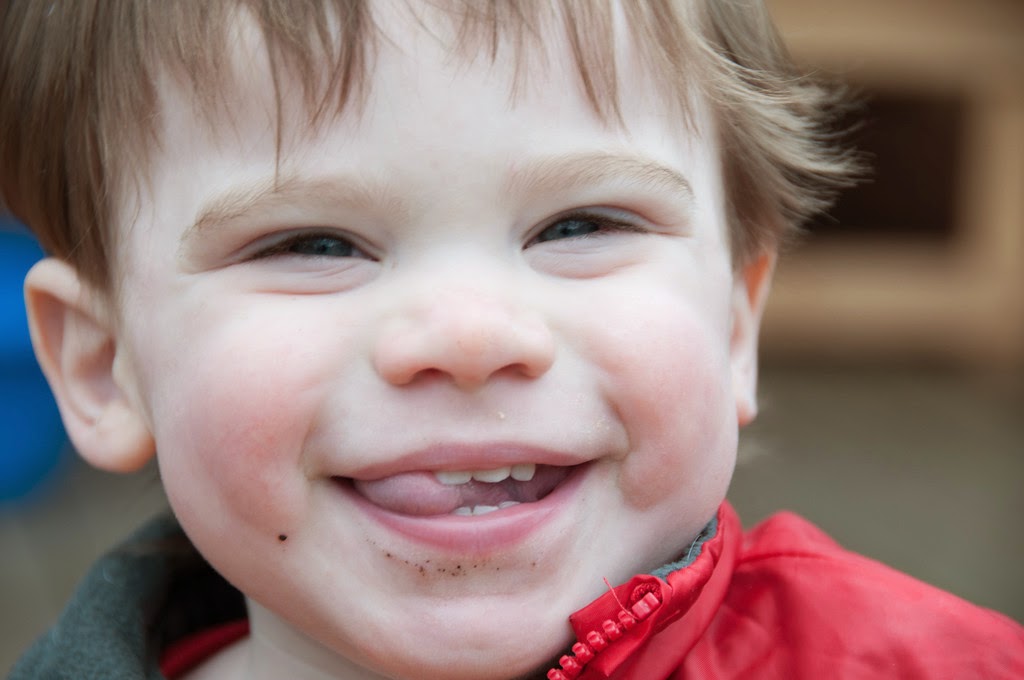 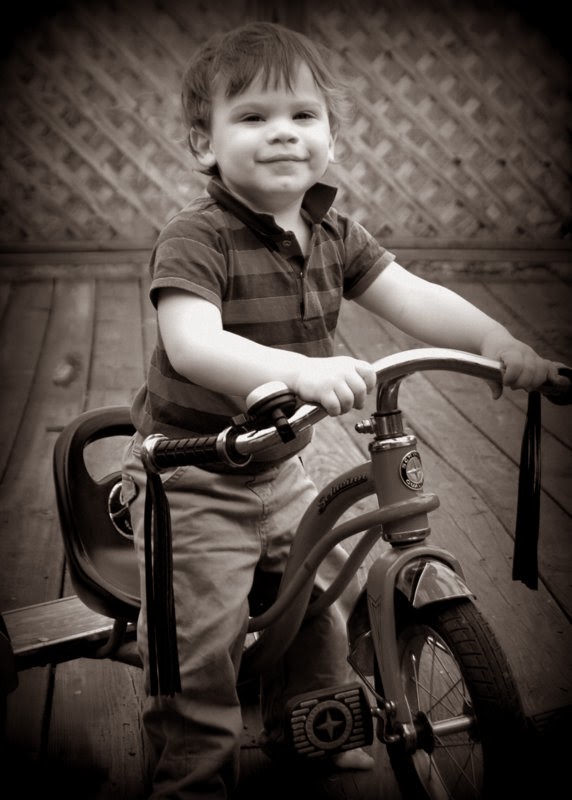 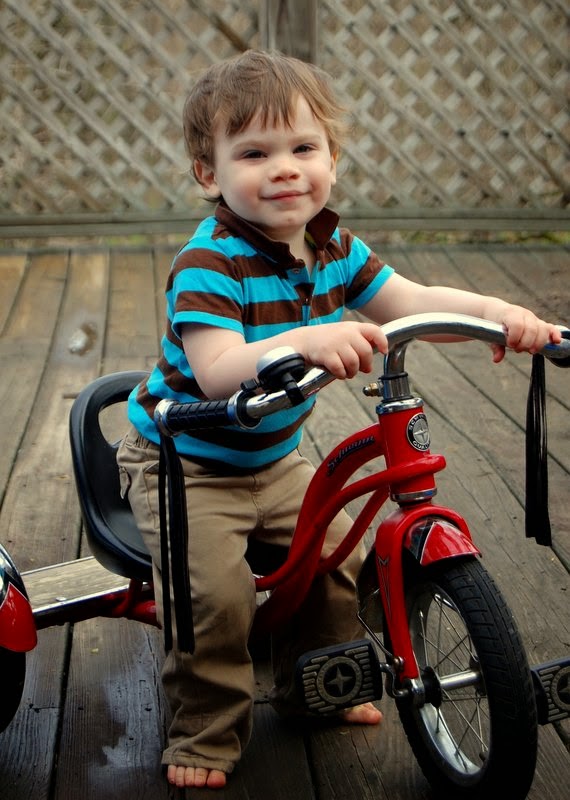 First photo in sequence was taken by "Gumbum" (Gwenn McCaleb)
Posted by McBean at 10:06 AM