It was dark when I stopped to open the corral gate leading into the barn two nights ago. It was a still night and remarkably quiet as I fiddled with the latch trying to get it open. I barely noticed the three little figures standing directly behind me, lined up in a neat little row waiting with great anticipation for me to make my next move. The ducks, who have been historically shy and hesitant to approach people, were standing approximately 14 inches from me, staring up with their heads cocked to one side, watching me closely. When I acknowledged their presence, they responded one by one, right after the other, with a "Whack", then a "Whack", then a "Whack". I felt like Mother Goose as I walked into the barn with the three white waddlers on my heels.

I think it's so cute that Devany happily spends her nights in her stall with the companionship of 3 ducks, and one great white dog. She's a pretty special horse.

Madigan includes his beloved "Tigger Hun" in everything, including his daily barn duty. As I picked out the stall this morning, he came running in with his man shovel and he and Tigger helped shovel shavings into the wheelbarrow. Tigger-Hun is a valuable part of our hard-working team.

Declan Wil-YUMMMMM (as he is affectionately referred to around here) is such a delight! I've never been around a better baby! Almost every morning I wake up just a little bit before him and can't wait see his little round face, blue eyes and quick smile. He giggles when we tickle him, rolls from his back to his front like a pro, has started to show an interest in real food and has even started tasting a little rice cereal, and he's always watching everything going on around him, paying special attention to the antics of his big brother. He's completely and ridiculously kissable! Sometimes I pinch myself just to make sure it's real that he's our boy. :-)

Lisa made me a red hat and I absolutely love it! I've never liked a hat so much and wore it today even though the temp really didn't justify it. 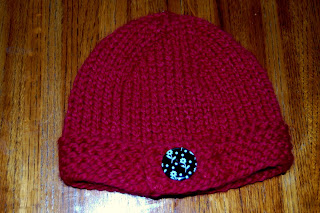 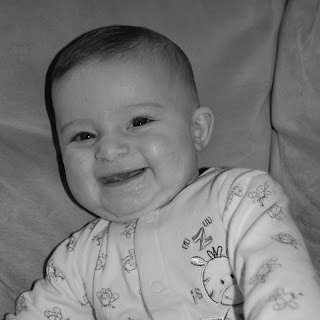 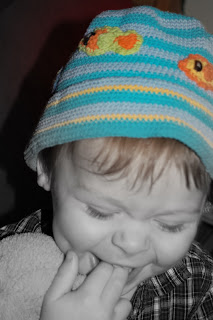 Love this post! Cannot get enough of Bundo's "Huzzat?" Anxious to get home and see the boys! So glad you love the hat...you look beautiful in that color red.